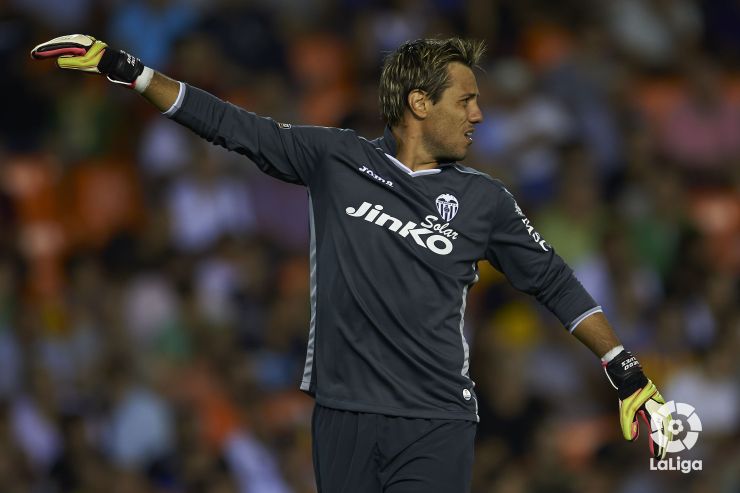 Diego Alves, out for a month

Valencia's Brazilian keeper will be out for four weeks having injured the adductor in his right leg.

Valencia CF's Brazilian keeper, Diego Alves, will be out for four weeks having ruptured the adductor in his right leg, according to the club's medical department.

The South American keeper has started the seven Liga BBVA matches his team has played so far, conceding ten goals. Therefore, Valencia's main shot-stopper will miss the UEFA Europa League match against FC Kuban Krasnodar. His place in the goal will be filled by Vicente Guaita, who has now recovered from the injury that prevented him from joining the squad in the last three matches.