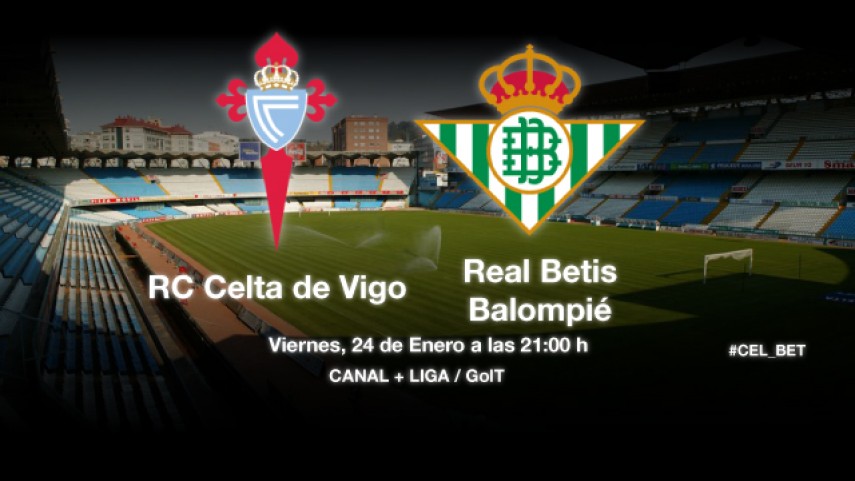 Betis, with Calderón making his debut as coach, travel to Celta looking to reacquaint themselves with winning ways. The Galicians will be aiming to move further away from the relegation zone.

Celta Vigo and Real Betis Balompié, who will be under the stewardship of new boss Gabriel Calderón, will kick the Liga BBVA matchday 21 off on Friday in Balaídos.

The Galician outfit, which has won two of its last six Liga BBVA encounters lies just three points above the relegation zone, so is in desperate need of points. Despite carrying a knock on his left ankle, Borja Oubiña could still feature in the game. "We are in the same boat as Betis because we’re both fighting for the same objective. They have players and enough quality to go on a seven-match winning streak", the Asturian coach underlined.

Facing them is a Betis team in dire need of points. Currently sitting rock bottom of the Liga BBVA the visitors will be looking to end a poor run of form against Vigo which has seen them go 13 matches without a win. This will be Gabriel Calderón’s first official match in charge of the struggling Andalusian side.

"We are on the right track. In just a few days there have been big changes. We have the upmost respect [for Celta] but we will be going there to get a positive result", the new Green and White coach declared in his first pre-match press conference. He will have to make do without Damien Perquis and Chuli, who are both injured.