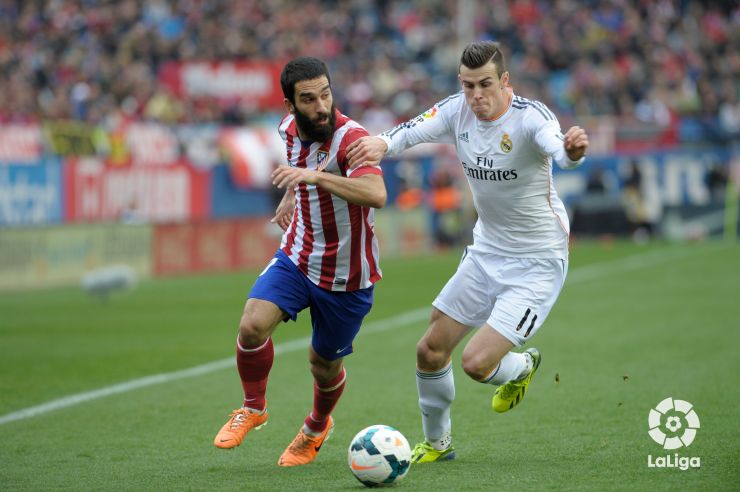 Derby adds excitement to the Liga

It was a great Sunday of football on the 26th matchday of the Liga BBVA. The 2-2 draw in the Madrid derby between Club Atlético de Madrid and Real Madrid CF was the big event of the day. The match was full of emotion and intensity, with four goals to enjoy. The madridistas scored first, but Diego Pablo Simeone’s side managed to turn the match around with goals from Koke and Gabi. Cristiano Ronaldo, with six minutes to go, added the decisive score to keep Carlo Ancelotti’s team top of the table and the rojiblancos in third.

FC Barcelona also won, defeating UD Almería 4-1. Gerardo Martino’s team dominated the game but struggled to convert the many chances that fell to them. With this victory, Barcelona finished the day in second place.

And while the battle for the top spot is interesting, the struggle for European qualification also continues to offer some great entertainment. Sevilla FC beat Real Sociedad de Fútbol thanks to a goal from Kevin Gameiro and remain seventh in the Liga BBVA.

At the bottom of the table, Rayo Vallecano earned an extremely important victory against Valencia CF. The Madrid team, who won thanks to a goal from Joaquín Larrivey, continue their fight to stay up and end the day just three points from safety. Juan Antonio Pizzi's side, meanwhile, break a run of six games unbeaten. In the morning, Real Betis managed a draw at the El Madrigal Stadium against Villarreal CF thanks to a goal from Rubén Castro, who has scored his team’s last five goals in the Liga BBVA.