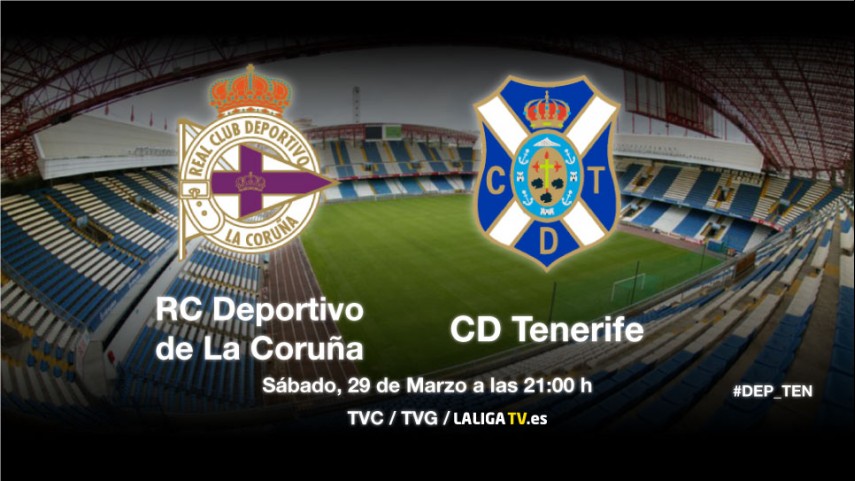 Deportivo will put Tenerife to the test

The Galicians play host to Álvaro Cervera’s men, who come into this game in great form after thrashing Ponferradina 5-0.

Deportivo de La Coruña entertain Tenerife for one of the most highly anticipated clashes during matchday 32 of the Liga Adelante.

The Galicians have held on firmly to second place in the division, and remain in the race with Eibar to take top spot in the table. The best away team in the Liga Adelante will be looking to apply their strong form on the road to games in Riazor, and thus strengthen their claims for the title. Fernando Vázquez will be missing a string of important players for this match though. In defence Luisinho is suspended, while Diogo Salomão and Toché are both injured. Pablo Insua will also be a doubt in defence until the last minute.

The Canary Islanders approach this game full of confidence after destroying Ponferradina 5-0 and also possess one of the standout players in the championship, Ayoze Pérez, whose youth and killer instincts in front of goal have not escaped the attention of many fans. Álvaro Cervera will be without his first choice keeper Nauzet García and Raúl Cámara in defence, as both players are injured. Aitor Sanz will also miss the game because of a suspension.