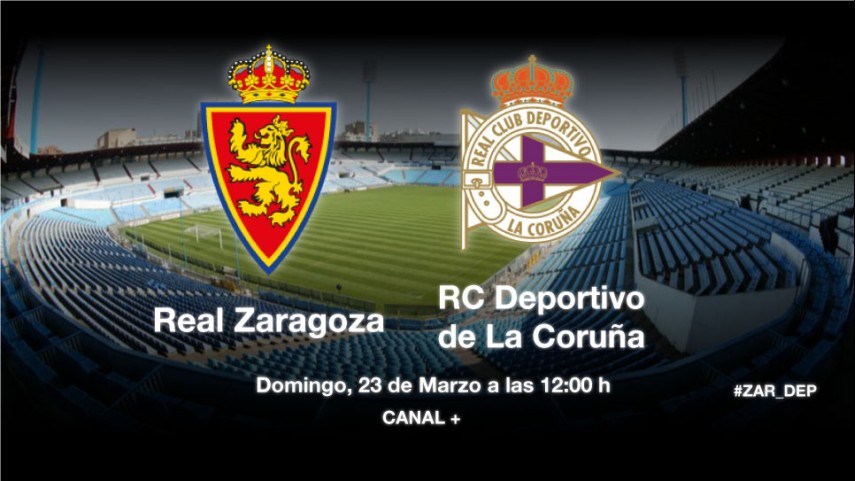 The best team away from home in the Liga Adelante visits the Aragonese side who have appointed a new manager after a run of seven games without a win.

Real Zaragoza and RC Deportivo de La Coruña go head-to-head on the 31st matchday of the Liga Adelante in a game which sees the return of Víctor Muñoz to the Aragonese team's dugout.

The side's main aim is clear: to recover and avoid slipping any further down the table, and to  defeat a Dépor who are not in their best form of the season. To do so, and despite the arrival of their new manager, "there won't be many changes to the team from the one that played last Sunday", as Víctor Muñoz said before the clash.

The Galician side, who will miss injured striker Toché's appetite for goal, will look to take advantage of Zaragoza's mixed results in recent weeks to regain their supremacy at the top of the table with an away win – something that Fernando Vázquez's side have been doing pretty well, with the best away record in the Liga Adelante.