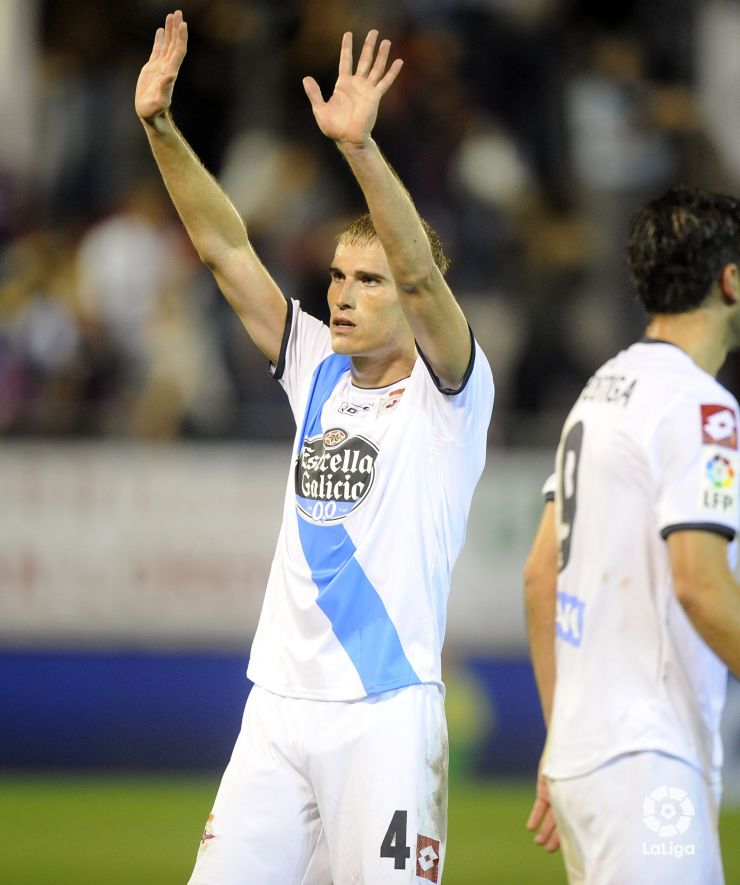 Deportivo take the spoils in the Ipurua

An early goal from Juan Domínguez gave the Galician outfit the first win of their return to the Liga BBVA.

The Galician side looked more organised from kick-off and made the most of a chance to take the lead. After 13 minutes of football, following a botched clearance from the Basque rear-guard, Juan Domínguez put the ball in the back of the net to make it 0-1. Eibar gradually woke from their slumber and, thanks to the hard work of Javi Lara, took command of the match, although they had no clear chances on goal.

In the second half, Gaizka Garitano's men were more focused and came close to levelling the game. Dani Nieto, who had only been on the pitch for three minutes, got two shots away but failed to find Germán Lux’s goal. The Armeros pressed up front in search of an equaliser that never materialised in the Ipurua. Deportivo bagged three points on the road in what was their first victory of the season.