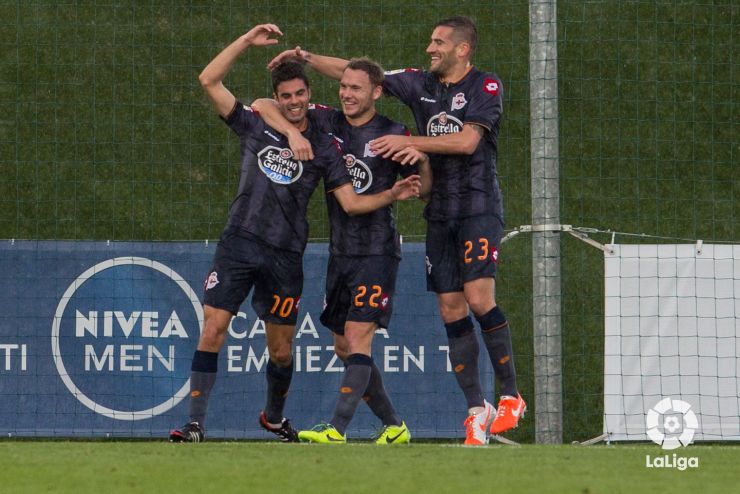 A set-piece goal and another score on the counter-attack from the Galician side was enough to beat a Whites reserves who showed endeavour in the second half but could not get past Lux.

RC Deportivo de La Coruña claimed three points at the Afredo Di Stéfano Stadium against Real Madrid Castilla thanks to a 0-2 win, a victory that puts them at the top of the Liga Adelante awaiting Sunday’s results and leaves the Whites at the bottom of the relegation zone.

The match began with Deportivo taking things seriously and Castilla lagged behind Fernando Vázquez’s side. After 22 minutes, Deportivo took the lead from a particularly strong area of their game, the set piece. Juan Domínguez, the visitors’ midfielder, used his height in the area to make it 0-1. The match was going the Galicians’ way, while the Whites reserves seemed to be unable to find a way to turn the match around.

The second half was very different to the first 45 minutes. Deportivo fell back and the home team sought the equaliser with zeal. They came close with a shot from forward Raúl de Tomás, met by a great save from the Argentine keeper Germán Lux.

From then on, Manolo Díaz’s men went all out for the goal, but once again it was the visitors who scored with a goal from Diago Ifrán on the counter-attack. With this result, Deportivo earned three points that put them in first place, awaiting the outcome of Sunday’s match between SD Eibar and Real Zaragoza.