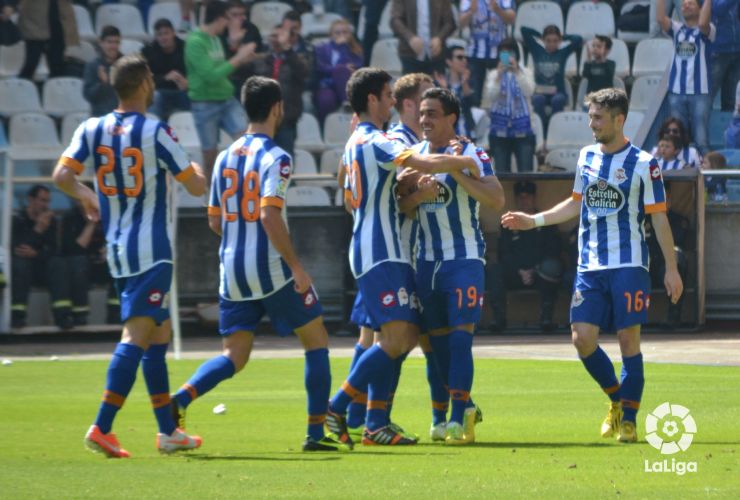 Deportivo run away with Liga Adelante

The Galician side have a five-point lead over second-placed Eibar, who lost to a Tenerife that remain inspired.

The Liga Adelante draws closer to its conclusion and all the teams are continuing the fight for their objectives. None more so than RC Deportivo de La Coruña, the league leaders with 60 points, who with their 2-0 victory over RC Recreativo de Huelva are now five points ahead of SD Eibar, who lost 1-2 to Tenerife.

The armeros are being tracked closely by UD Las Palmas, who came from behind to beat Hércules CF 2-1, while Recreativo, Tenerife and Real Murcia CF occupy the remaining positions that, as it stands, would compete in the play-off for promotion. Manager Julio Velázquez’s Murcia also had an excellent day, defeating CD Lugo 3-1.

But if the fight to go up to the Liga BBVA is more hotly contested than ever, the battle to avoid relegation is also raging. Girona CF once again demonstrated that they are opponents to be reckoned with after they beat CD Mirandés 4-0 to make it three games without losing in the competition. SD Ponferradina, meanwhile, overcame RCD Mallorca 2-0 to escape the danger zone that is now occupied by Real Madrid Castilla, Deportivo Alavés, Real Jaén CF and Girona.