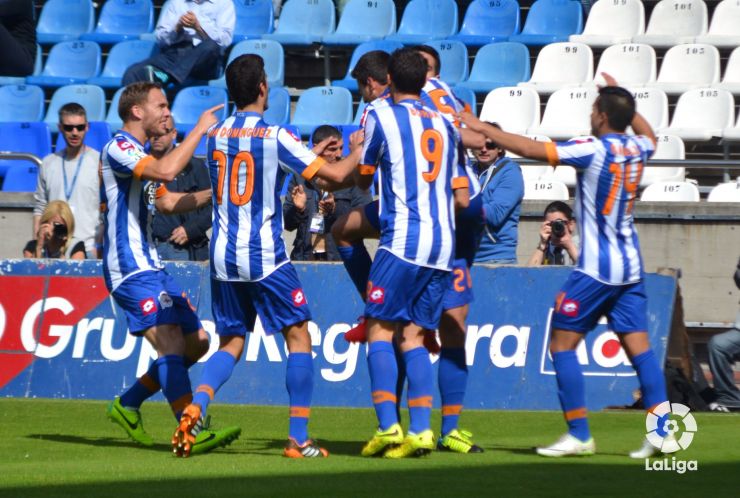 Deportivo keep up the pace

The Galicians make it five league games without losing after beating Recreativo 2-0 with goals from Juan Carlos and Ifrán.

RC Deportivo de La Coruña were victorious against RC Recreativo de Huelva in their game on matchday 34 of the Liga Adelante, held at the Riazor Stadium.

Deportivo gave Huelva little chance and from the start they controlled possession of the ball and the match. Just six minutes in, Juan Carlos recovered a ball and, alone in front of Jesús Cabrero, he won the head-to-head. Recreativo were unable to get their game going against Fernando Vázquez's side, who never stopped looking for their second goal. Only Joselu attempted to surprise the Galician defence without success, thwarted time and again by Germán Lux.

After the break, Recreativo looked to respond with timid forays into the Deportivo area, without success. The Andalusians were having one of their best minutes when Antonio Nuñez fired in a great cross for Ifrán to score the second and final goal of the match with his head. With this victory Deportivo stay firmly in the lead while Huelva remain among the play-off spots for promotion to the Liga BBVA.