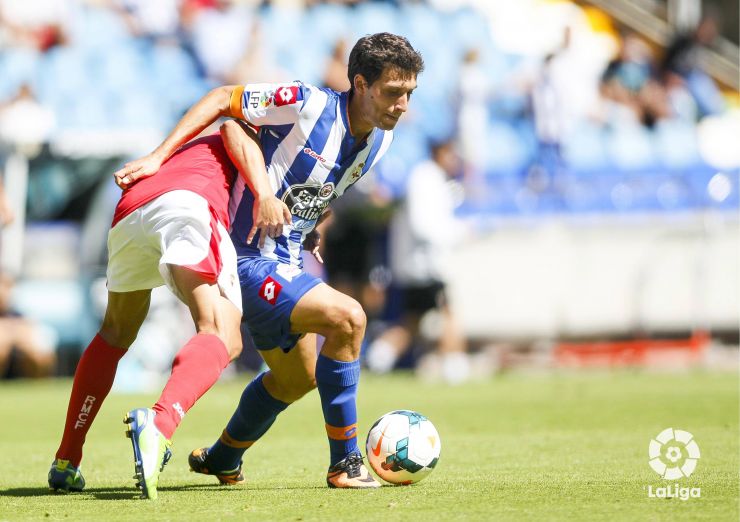 Deportivo draw at the death

Borja salvaged a 1-1 draw for the home side, putting in the rebound from a Culio free kick hit from distance.

RC Deportivo de la Coruña drew with Real Zaragoza (1-1) in a clash of the titans in the tenth round of Liga Adelante fixtures.

Neither of the sides were able to score in the first half, however it wasn't for the lack of opportunities. The first one fell to Javier Barkero who put a free kick just wide of the top right hand corner. The home side also looked to take the lead, and Leo Franco was forced into action by Borja Baston. Víctor Rodríguez, for his part, had the clearest chance before half time, getting on the end of Cortés cross, however the home side's defences were able to deal with the danger.

Fernando Vázquez was sent to the stands in the 30th minute, however it was his side who dominated, putting pressure on the Zaragoza goal. Even then, it was the away side who took the lead, Victor putting the final touch to a team move. Deportivo, despite being down to ten men, looked for the equaliser, and finally in injury time, Borja took advantage from a Culio free kick that rebounded into his path to secure a 1-1 draw for the home side at the Riazor