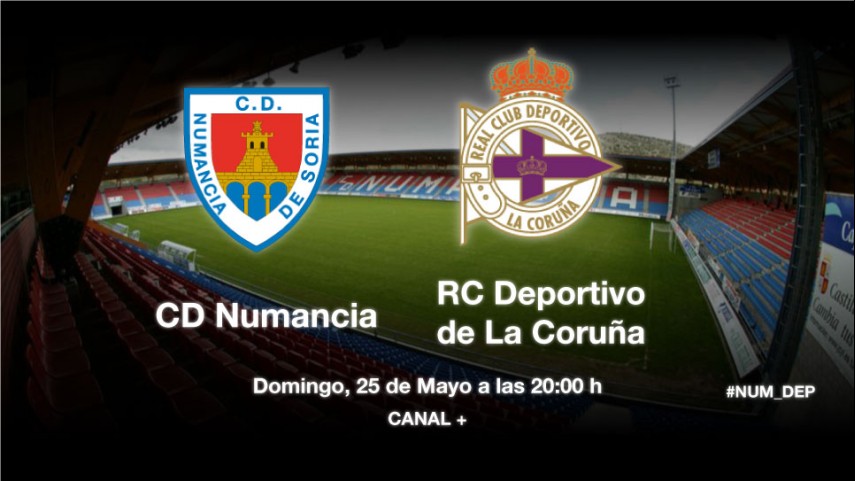 Deportivo bid for promotion to the Liga BBVA

The Blanquiazules visit Soria in the hope of bagging three points that would see them go up to the top flight against a Numancia who are looking to keep their place in the Liga Adelante.

The Rojillos are looking to guarantee themselves another season of Liga Adelante football. To do so they will be trying to put ground between themselves and the chasing pack and increase their four-point advantage over a Real Madrid Castilla who mark the edge of the relegation zone. Midfielders Antonio Tomás and David González will miss the game; the former is injured, while the latter is serving a suspension. Javier Del Pino, who has been unavailable since early January, will also be absent.

The Galician side will travel to Soria intent on sealing their promotion to the Liga BBVA. To do so they have to win and hope that UD Las Palmas do not, or get a point and rely on a loss for the Canary Island side in their match against RC Recreativo de Huelva. Their manager, Fernando Vázquez, will have to make do without Diogo Salomão and Antonio Núñez, both of whom are injured.