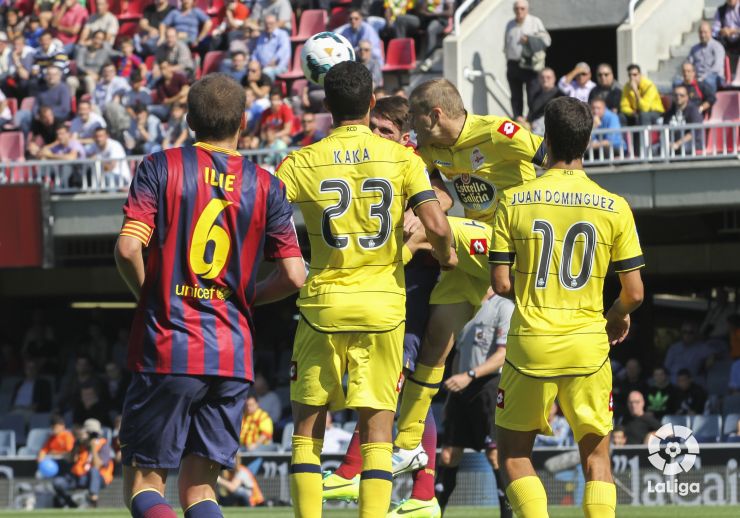 Deportivo and Zaragoza climb up the table

After beating Barcelona B and Ponferradina, both sides are in the mix at the top of Liga Adelante.

RC Deportivo de La Coruña and Real Zaragoza were the biggest winners from Sunday’s games in the ninth round of Liga Adelante.

In the day’s early kick off, Deportivo, who scored in the first minute, took all three points away to Barcelona B. With their fourth win away from the Riazor and three points taken at home, the Galician outfit find themselves in the playoff places, one point behind Real Murcia CF who occupy a direct promotion spot.

Two points behind Depor sit Real Zaragoza, who drew level on points (14) with SD Ponferradina after getting the better of their encounter at La Romareda. With four wins in their last five games Zaragoza look to be gaining momentum in Liga Adelante.

For the first time this season third placed Real Sporting de Gijón were unable to win at home. Visitors Real Jaén managed to sneak a draw at El Molinón to make it two games without loss for the side from Andalusia. Meanwhile, neither Hércules CF nor SD Eibar were unable to move out of the relegation zone as they played out a goaless draw.

The ninth round of Liga Adelante games came to an end as AD Alcorcón took on CD Numancia. Former Alcorcón manager Juan Antonio Anquela came back to haunt The Yellows on his return to the Santo Domingo stadium as his Numancia side took all three points.