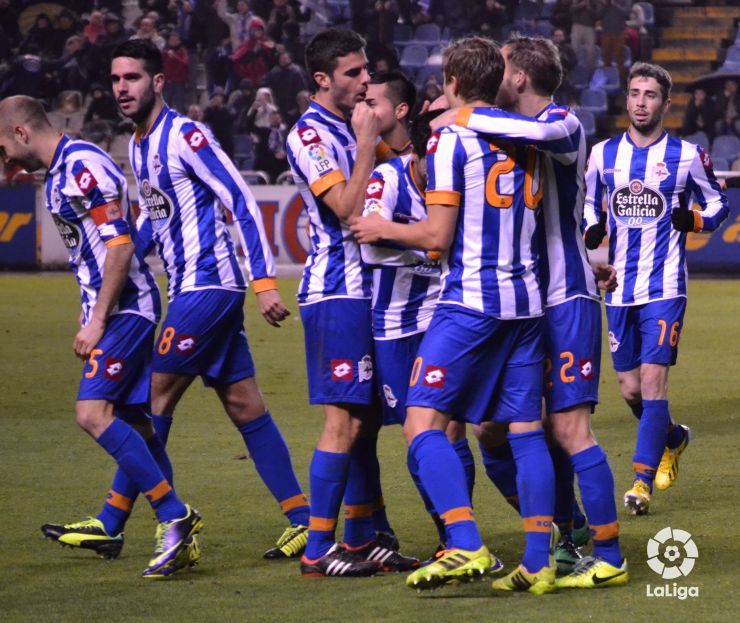 Deportivo and Sporting continue at the top of Liga Adelante

Round 24 of Liga Adelante left the same dynamic as the majority of the season: a table divided in two, those vying for promotion to Liga BBVA and those trying to avoid relegation.

This week there was no change at the top, and RC Deportivo de La
Coruña remain first thanks to a 2-1 home win against CE Sabadell, with goals from new signings Salomão and Toché. Real Sporting had to do the same away to Mallorca in order not to lose pace at the top, and they did just that, downing the Balearic Islanders 1-3. Following them in the playoff places are SD Eibar and RC Recreativo de Huelva, who also won against UD Las Palmas (1-0) and AD Alcorcón (2-1) respectively.

This round of fixtures was also noted for draws. It was mainly the sides that find themselves in mid-table, like CD Numancia and Girona FC who played out a goalless draw at Los Pajaritos, where the home side are yet to win in 2014. Real Jaén and CD Lugo also couldn’t find the back of the net, whilst Deportivo Alavés drew 1-1 with Córdoba CF in a match where both sides might have had more.

The bottom of the table got tighter, largely due to Real Madrid Castilla’s hammering of Hércules CF (4-0), and Real Murcia’s defeat away to SD Ponferradina (2-0).