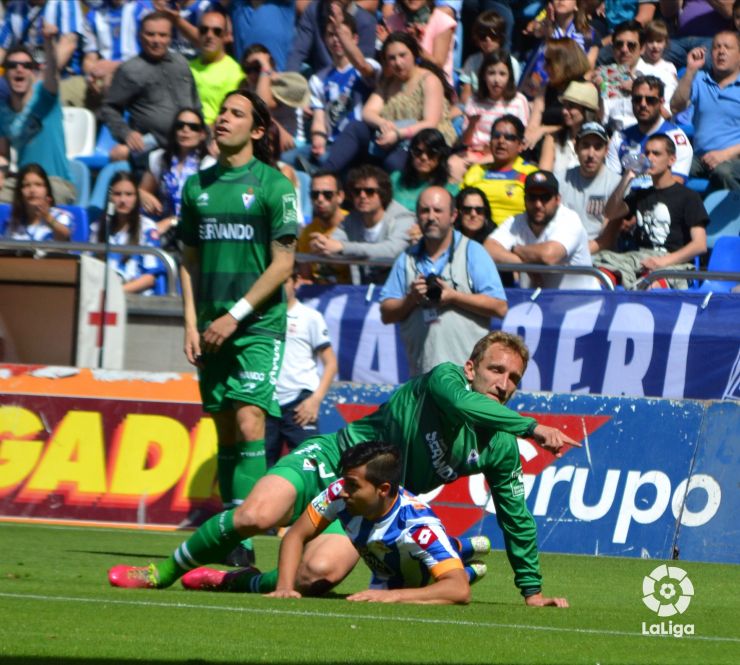 Dépor hold onto the lead

The Galician team drew with Eibar (1-1) in a very tight and intense match that takes them one step closer to promotion to the Liga BBVA.

It was spoils shared in the Riazor Stadium (1-1) between RC Deportivo de La Coruña and SD Eibar in a very intense and tight game. Dépor stay top of the division while the team from the Basque country will remain second for one more week.

The Liga Adelante leadership was up for grabs in the Riazor. Deportivo, who were defending the spot, and Eibar, the pretender to the throne, threw everything they had at the Galician pitch in a bid to take all three points. The match was a constant battle with plenty of chances for both teams. The first to strike were the Galicians after a great combination between Juan Domínguez and Ibrahim Sissoko that ended with the ball at the feet of Diego Ifrán. The Galician was up to the task and beat Xabi Irureta to open the scoring. Diego Ribas could have equalised but Germán Lux stopped the midfielder’s shot on the verge of half-time.

The chances kept coming after the break and Eibar would not take long to level the match. Gaizka Garitano’s strategy resulted in a goal that was created by Dani García and finished off by Jota Peleteiro in the 62nd minute. From there, Dépor and Eibar both had innumerable chances in what was a thrilling finale to a highly competitive match. A focused defence and some great saves from the division’s best keepers maintained the deadlock in a very tight clash.