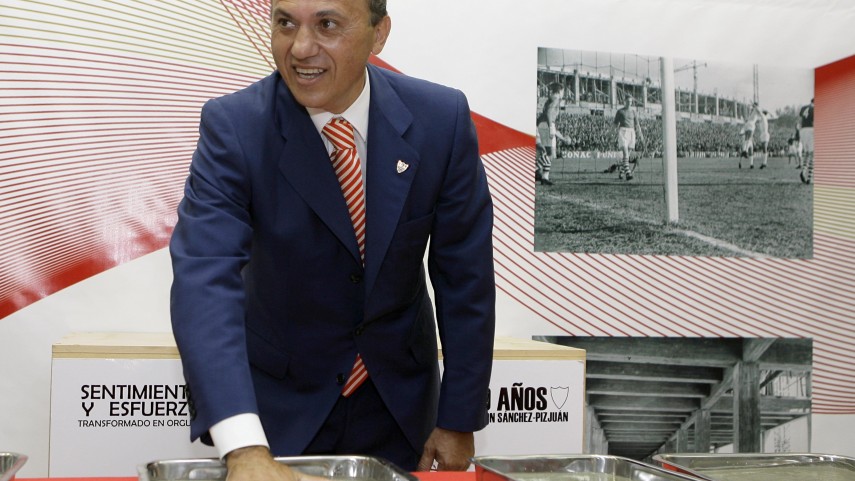 Del Nido, the president of the century

José María del Nido took up the presidency on the 27th of May 2002. A lawyer by profession, he began his first role at Sevilla in October of 1986 as vice-secretary to the board of directors, lead by Luis Cuervas. In 2005 he presided over the celebration of the Andalusian side’s centenary.

Despite filling in as interim president in 1995, it wasn’t until 2002 when he was officially the chief at the Seville club, taking over from Roberto Alés.

José María del Nido presented his resignation on the 9th of December at a board meeting, following the Supreme Court’s ruling that he embezzled public finds and is guilty of continued perversion of justice.