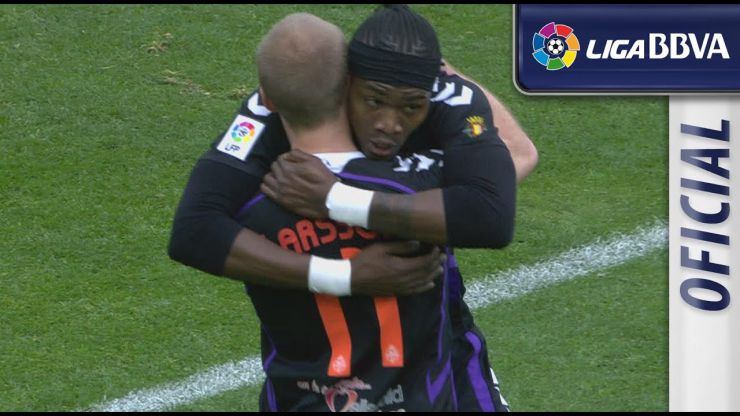 Deadlock between Málaga and Valladolid

Andalusia met Castile and Leon on matchday 26 of the Liga BBVA in an entertaining match in La Rosaleda.

Málaga CF and Real Valladolid CF drew one-all in an enjoyable game on matchday 26 of the Liga BBVA. Roque Santa Cruz and Daniel Larsson scored the goals, both in the first half.

The Rosaleda were treated to an entertaining first half. The Andalusians got off to a better start with two attempts on Diego Mariño's goal in the first eleven minutes. Santa Cruz took advantage of his team's bright spell to head them into a lead, it would only last until the half-an-hour mark though, as Larsson levelled the tie after latching onto a loose ball in the box.

After the break both teams enjoyed more chances in what quickly became an end-to-end game. The best opportunities at each end came when the final whistle was near, but Santa Cruz's header was just wide while a shot from Óscar González rattled the crossbar. The draw means that both teams stay at the bottom end of the table, separated by three points.