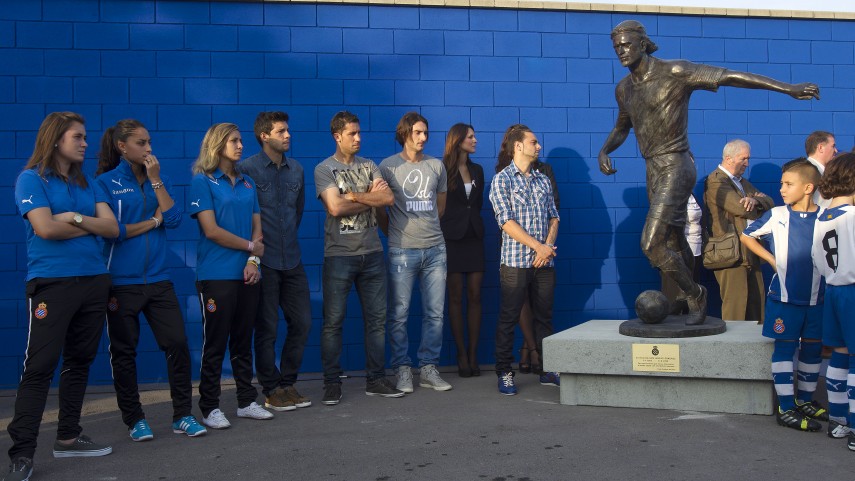 The Dani Jarque Sports Complex now has its own replica of the footballer's statue.

It was an emotional day at RCD Espanyol. Dani Jarque, the Catalonian team's famous captain, now stands proudly at the entrance to the Ciudad Deportiva de Sant Adrià. The name of the club's facilities was changed to include that of the Spanish player in a simple remembrance ceremony for the footballer who suddenly passed away in August 2009.

The event was attended by members of Dani Jarque's family, the president of Espanyol, Joan Collet, Ivan Tibau, the General Secretary of Sports for the Generalitat Catalana, representatives of the local authorities and previous board members of the club. First team captains Sergio García, Diego Colotto, Javi López and Joan Capdevila also made sure they did not miss the event. They were joined by more than fifty fans who wanted to remember Dani.

During the ceremony, a plaque with the new name of the sports complex and an exact replica of the statue that stands at door 21 of the Estadio de Cornellà-El Prat were unveiled. The homage also included the distribution of captain's armbands embroidered with the number 21, Jarque's shirt number, to all the men's and women's lower teams at Espanyol, which will serve as a reminder of the Espanyol player's unerring dedication.