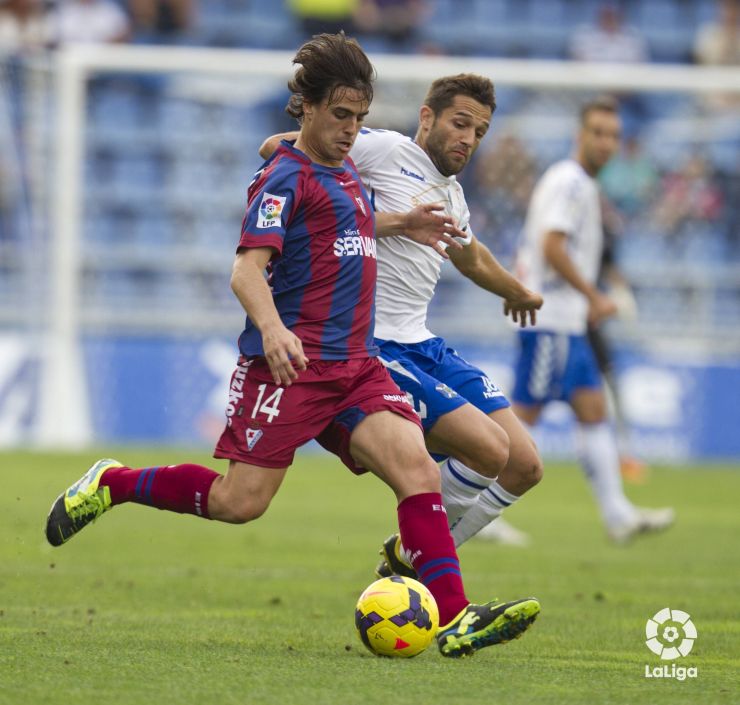 The footballer, a cornerstone of his team last season, has been at Eibar on loan for the last two campaigns.

SD Eibar have officially signed Dani García for the next two seasons. The Basque midfielder’s signing for the Armeros is the second that the club has made in the lead-up to their Liga BBVA debut next season.

Dani García arrived at the Ipurúa on loan in 2012. A member of the Real Sociedad youth ranks, for two years he played at Alicante CF and he spent the 2011/12 season with the Getafe CF reserves. The young player from Zumarraga made his Liga Adelante debut on 18 August 2013, in Eibar’s victory versus Real Jaén CF. In total he has played in 38 matches in the division.