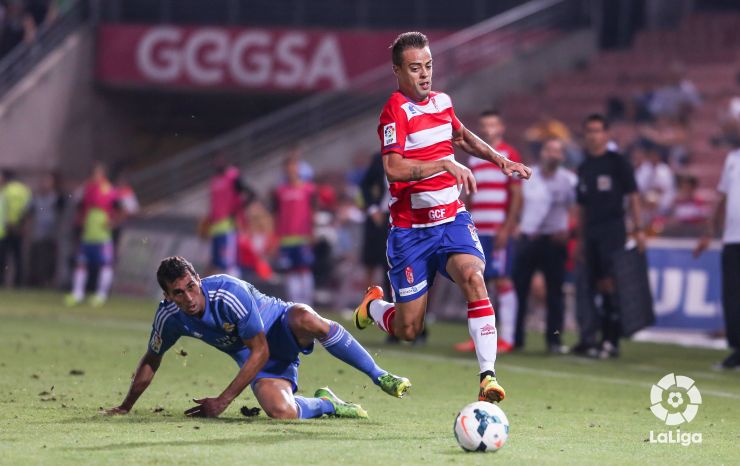 Dani Benítez out for four to six weeks

Granada’s central midfielder tore fibres in his left leg. José Recio also has a problem, the full extent of which is yet to be discovered

Granada CF’s Dani Benítez will be out of action for between four to six weeks after tearing fibres in his left hamstring, according to the club. The player from the Balearic Island of Mallorca will miss his club’s next four Liga BBVA ties against Villarreal CF, Getafe CF, Elche CF and Club Atlético de Madrid. Benítez was injured after only being on the pitch for three minutes in his side’s 2-0 victory against Athletic Club last time out.

He came on for Algerian Yacine Brahimi at Los Cármenes, and bad luck saw the substitute substituted not soon after. José Recio also suffered a knock on Monday, however manager Lucas Alcaraz had no remaining changes, and the central midfielder had to play through the pain until the end of the game. The Malaga-born player is waiting to find out the extent of the muscle complaint in his left leg, and was unable to partake in the side from Andalusia’s last training session, and remains a doubt for his side’s next game away in Castellón to Villarreal.