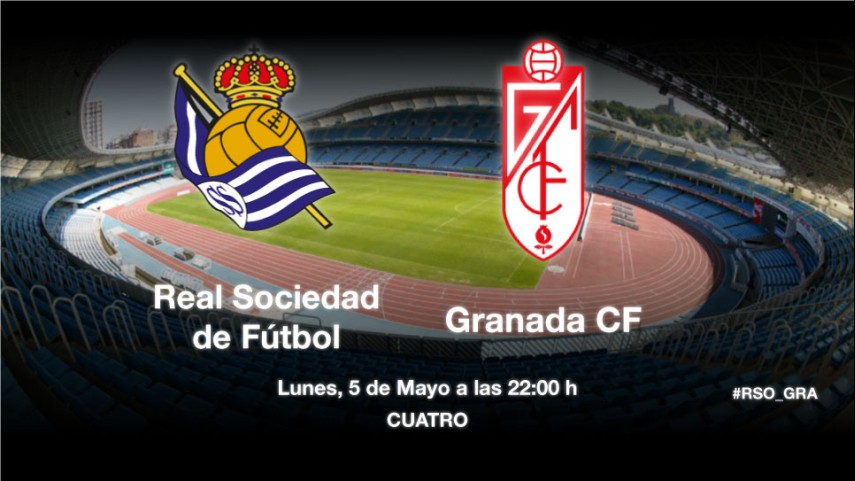 Real Sociedad will be looking to seal sixth place in the Liga BBVA against a Granada side that will fight for its life to pick up all three points in order to escape the drop zone.

Real Sociedad play host to Granada Monday night at 10pm in Anoeta to draw the curtain on matchday 36 of the Liga BBVA.

The Basques will be looking for a win to wrap up sixth place in the table, which would guarantee them European football next season. Making their returns to the home squad for this clash with Real Betis are Rubén Pardo and Esteban Granero. The former comes back after completing a suspension, while the latter has recovered from the problems he had in his lower back. Ahead of the game Jagoba Arrasate made things clear in his press conference: "A win would widen the points gap on our closest rivals".

Meanwhile, the visitors' objectives are very different. A victory would move them away from the relegation zone and would be a massive step towards them securing safety in the division. Granada coach Lucas Alcaraz knows exactly what his team's chances are. "The situation is clear and we know what we have to do. We only depend on ourselves", Alcaraz stated. The away side will have to travel without Roberto Fernández, as the goalkeeper is injured, and Yacine Brahimi, who was sent off in the last match against Rayo Vallecano.