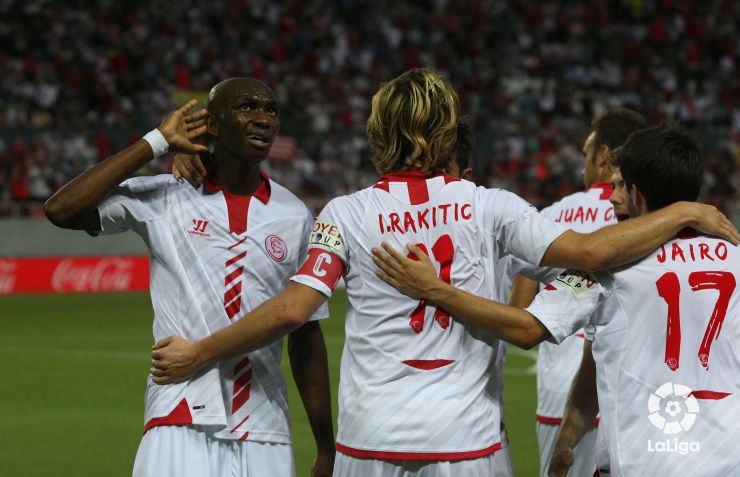 Sevilla took 3 important points to take them from the foot of the table, a position now occupied by their opponents on the night, Rayo.

In a crucial match in the sixth round of Liga BBVA fixtures, Sevilla won 4-1, a result allowing them to leave the bottom of the table, a position now occupied by their opponents tonight, Rayo Vallecano, who finished the match with only nine men.

Even though Paco Jémez’s side started the game the better, Sevilla's Ivan Rakitić reminded their opponents that they were in for a tough match after ten minutes, firing over from a promising position. The opening goal of the night came shortly after, on 17 minutes, when the Croatian international made amends, scoring from the penalty spot after Anaitz Arbilla brought down Coke.

Rayo tried to fight their way back in to the game, but it was Sevilla who doubled their advantage early into the second half. It was that man Rakitić again who scored an absolute beauty of a free kick to double the side from Andalusia’s advantage after 53 minutes. That two-goal cushion only lasted two minutes however, when Adrián González scored with a header to bring Rayo back into the game. Both sides came close to scoring again, but a quick fire double from Carlos Bacca, in the last ten minutes (81', 89') secured the victory for Unai Emery’s men.

The only negative for Sevilla was the injury after quarter of an hour to Denis Cheryshev, who was making his debut for the club having missed the start of the season through injury.