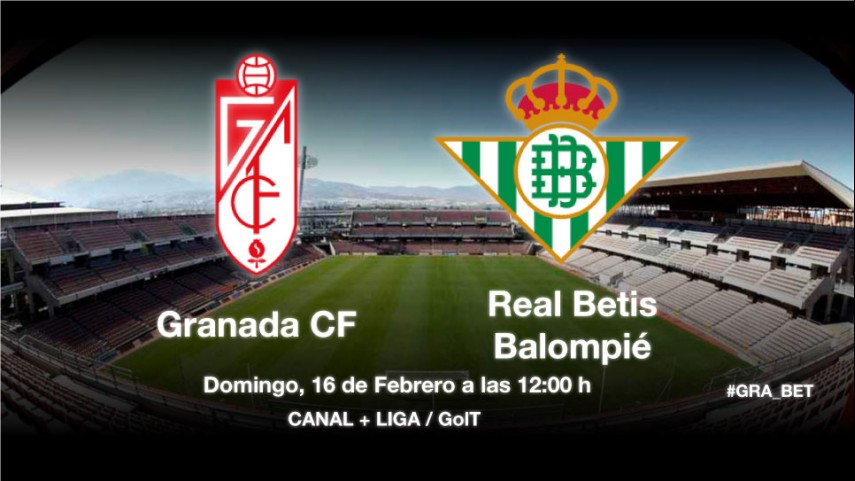 Betis, who are currently propping up the Liga BBVA, will be looking for a rallying victory against Granada, who need to return to winning ways to move away from the relegation zone.

Granada CF and Real Betis Balompié will go face-to-face in an attractive clash on the 24th matchday of the Liga BBVA that is crucial for both teams.

The Granada side, 17th in the table, will seek to regain their form after a run of three defeats on the trot. This slump has taken the nazarís down to within three points of the relegation zone, so victory against the verdiblancos is vital. The home side’s manager, Lucas Alcaraz, will be without key man Manuel Iturra through suspension. “The players are pumped for this match. We want to turn a new leaf with a good game. I know the team is going to get back to playing some good football”, the Granada boss said.

Facing them will be a Betis who, though bottom of the Liga BBVA, will go into the match as if it were a cup final. The team from Seville will go after a rallying victory to rejoin the battle for survival, a feat they will have to achieve with a number of absentees including Nacho Pérez, Álvaro Vadillo, Paulão, Braian Rodríguez and Guille Sara. “This match is a six-point final because the margin of error is getting smaller. There’s no point in looking further ahead than the next match”, said Betis manager Gabriel Calderón.