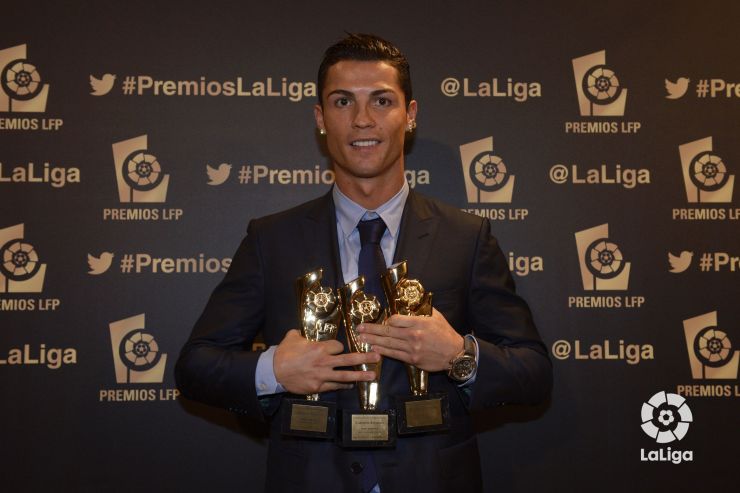 Real Madrid's Portugal international scored the best goal of the season: it came on matchday 36 against Valencia CF at the Santiago Bernabéu.

If there is one name associated with goals, it is Cristiano Ronaldo. The Portuguese forward scored 31 goals of differing styles last season. One of those had the privilege of being crowned the 'Best Goal in the 2013-14 Liga BBVA', a prize picked up at the '2014 LFP Awards Ceremony'.

There have been few goals of this calibre ever scored in Liga BBVA. Its complexity was appreciated by football lovers everywhere. The difficulty of Cristiano Ronaldo's goal in the game between Real Madrid and Valencia on matchday 36 sent the crowd at the Santiago Bernabéu into raptures.

A magnificent piece of acrobatic skill to back heel the ball into the goal in the final minutes of the game saw the Portuguese wow the world. His ability, once again, allowed him to pick up one of the few trophies he is yet to win in his career.

"I'm proud to be here, to have won a prize. I'd like to thank my teammates,
Real Madrid and the fans. I'm very happy, thank you very much."