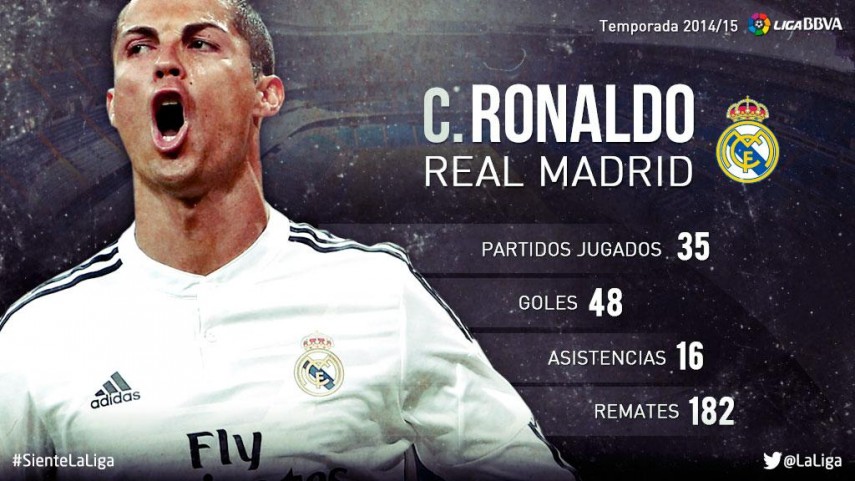 The writers at LaLiga.es have named the Real Madrid forward in the 2014/15 Liga BBVA Ideal XI. We bring you three stats that led to his selection.

• If Real Madrid (118 goals this season in the Liga BBVA) is the team that has most pierced the opposition net it has been thanks to Cristiano. The Portuguese has scored goals in every way possible. Moreover, there have been numerous games in which he has scored more than one goal, highlighted by a magical morning in April against Granada CF when he scored five. It was the first time he had managed five goals in a game in his career and he became the only active player in the Liga BBVA to do so.

• But he doesn’t only gift goals to the Madrid fans. Cristiano has handed out 16 assists to his teammates, making him the second highest assist maker in the Liga BBVA. He has broken many records throughout his career, numbers that in January allowed him to win his third FIFA Ballon d’Or.