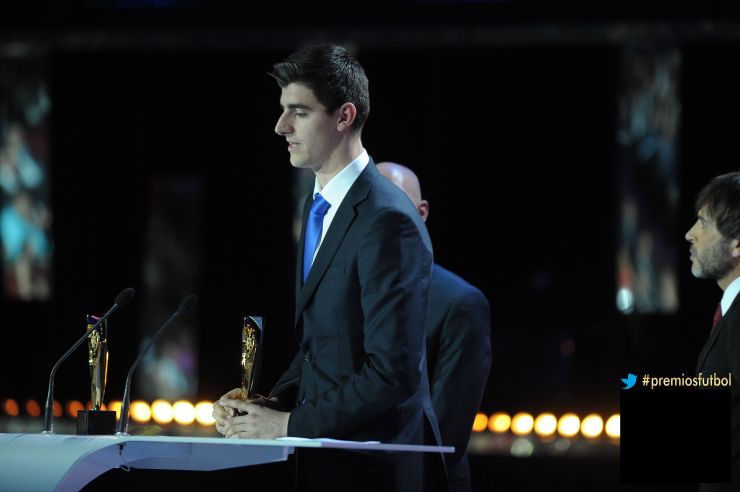 His stunning performances during the 2012/13 season have earned him the title of best keeper in the Liga BBVA.

Club Atlético de Madrid keeper Thibaut Courtois now has the icing on his 2012/13 cake as he has been presented with the Award for the Best Goalkeeper in the Liga de Fútbol Profesional.

"I am very happy to receive this trophy. I would like to thank the fans and also the president for his faith in me and for keeping me for three years. I am very grateful for how the people in Spain have been and we are hoping to have a great year", commented Courtois.

The Belgian shot-stopper is already a veteran of Spanish football at just 21 years of age. In the rojiblanco's demanding goal, Courtois has demonstrated a surprising maturity that has put him among the elite of world football. His performances with a brilliant Atlético de Madrid make him a worthy winner of the prestigious accolade.

The award serves as recognition of Courtois' hard work between the sticks for the rojiblancos, with whom he won the Copa del Rey and finished a fantastic third in the Liga BBVA. His acrobatic saves were an essential ingredient in his team's success.

Despite his youth, and in just two seasons,Courtoishas become one of world football's true stars. Last season he was the Liga BBVA goalkeeper who conceded the fewest goals.He was beaten 29 times in 37 matches, a practically impenetrable wall to any opponent.