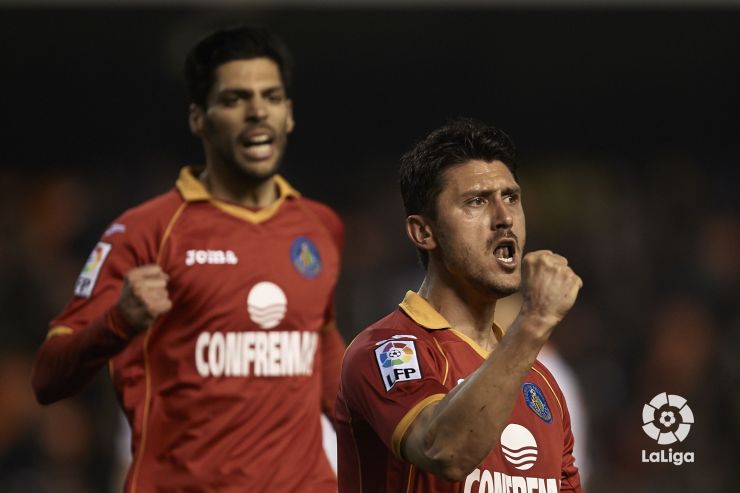 Cosmin Contra bringing back The Blues

A Brave Getafe, led by the Romanian coach, broke their run of 15 games without a win with a 1-3 win over Valencia.

The Blues are back. Now with their desire returned under the guidance of a man who knows what it means to wear their shirt. His name is Cosmin Contra, and Getafe have received him with open arms as he looks to show his pupils what it means to represent the club.

Contra asked for a change in attitude in his players during the week, and it has happened, with the fruits being there for all to see in this game at the Mestalla. The Madrid side woke up from lethargy to win 1-3 away to Valencia CF and give life into their situation, which had looked grave. They have moved on from their 28 points, and as such, are out of the relegation zone.

They had gone 15 games without winning, more than three and a half months, which is their worst ever run in Liga BBVA. These statistics are now in the past however, as the side managed to win at a ground where they'd never managed to do so before.

Despite Getafe's good start in Liga BBVA, the rollercoaster had gone into free-fall on the 14th of December 2013. A 1-0 loss at the Rosaleda started the run that they've only just been able to put to an end.

Their coach Contra has a lot to do with this. After starting out with a draw against Granada CF, and two losses to Athletic Club (away) and Villarreal CF (home), the win has come in the man from Timisoara's fourth game.

The Romanian fullback's character on the pitch has now been transferred to the dugout. His players fought against Valencia with an intensity that has rarely been seen by Blues fans: "It was a very important win, the side were in a bad situation and any bad move could have seen the side go under. We have taken a small step forward but there's still a long way to go", he said in his post match press conference at the Mestalla.

He is one of the first Romanian coaches to work in Liga BBVA. The first brick of his project has been laid. Now he has to show the match wasn't just a one off, and that the management and side are united in their competitive spirit and fight that Contra has instilled.