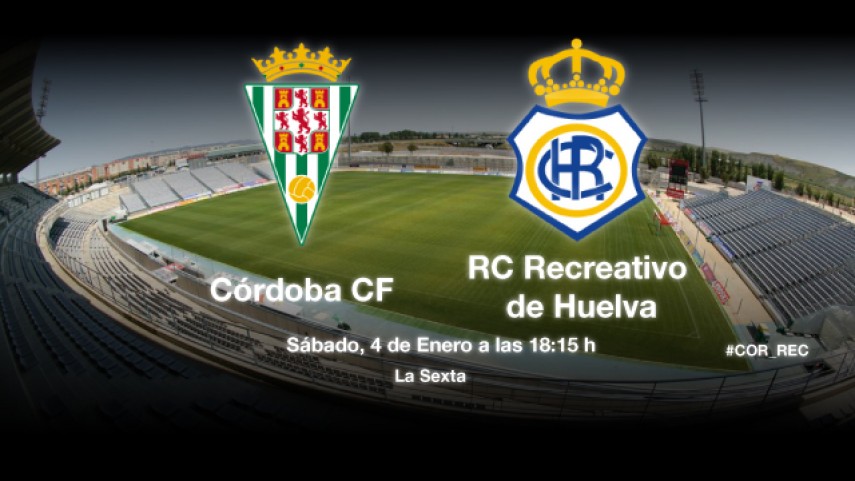 The team from Huelva will kick off 2014 in the Nuevo Arcángel with a number of players out due to injuries and suspensions. Arturo may make his debut for the home team.

Córdoba CF opens its 2014 on Liga Adelante matchday 20 with a difficult challenge. RC Recreativo de Huelva is to visit the Estadio Nuevo Arcángel and, despite an inconsistent end to the year, the team is still in the hunt for automatic promotion.

Recent signing Arturo Rodríguez could be making his debut for Córdoba. The striker from Cartagena and ex-La Roda CF player finished his first campaign in the Segunda División B with 15 goals and will now be trying to demonstrate his prowess in the Liga Adelante. There is more good news for the blanquiverdes as Benja, who was expected to be out for the whole season with a ligament injury, will be back in the fold by Monday and may be able to compete before this campaign is out.

For its part, Sergi Barjuan's team's main difficulty will be overcoming the absence of a number of key members of the side. Ángel Montoro, Cifuentes and Zamora are serving bans after the cards they picked up in the 1-3 defeat to UD Las Palmas, and they will be joined on the sidelines by several injured players, including Fernando Vega and Jonathan Valle.