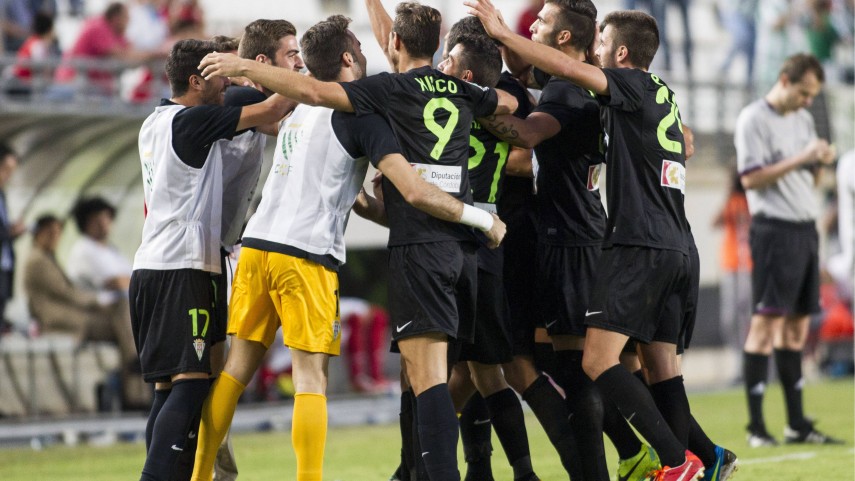 Córdoba has something to dream about

The Andalusian side has played six consecutive Liga Adelante matches without a loss and is now in the promotion playoff spots.

Córdoba CF has something to smile about. After beating Hércules CF 4-2 this weekend, the blanquiverdes are now in fourth position in the Liga Adelante and look to be a strong contender for promotion after fourteen matches.

"I am working to create an identity and all the fans here want is attack, attack and more attack", stated the team's coach, Pablo Villa, after Sunday's match. It is an attacking identity that, so far, has helped Córdoba string together six consecutive ties without a defeat, and taken them to three points from second place, currently in the hands of RC Deportivo de La Coruña, and four from the number one spot, held by RC Recreativo de Huelva.

The Nuevo Estadio Municipal El Arcángel is proving to be an impenetrable fortress for the Andalusian side. There, in front of its own fans, the team has not lost once in seven matches, with a balance of five victories and two draws, making it the Liga Adelante's best home team. As if that were not enough, in those seven matches, Córdoba has scored 14 goals and only conceded six, with three clean sheets.

Despite the team's impressive performances, Pablo Villa is aware that the next challenge for his men is to improve their results away from home, where they have only won once: "A team who want to compete with the best have to be just as reliable away as they are at home". Therefore, the next match, on the 24th of November against CD Mirandés, will be a key encounter for the blanquiverdes. Victory in the Municipal de Anduva will keep alive Córdoba's dream of being one of the three teams promoted to the Liga BBVA at the end of the season.