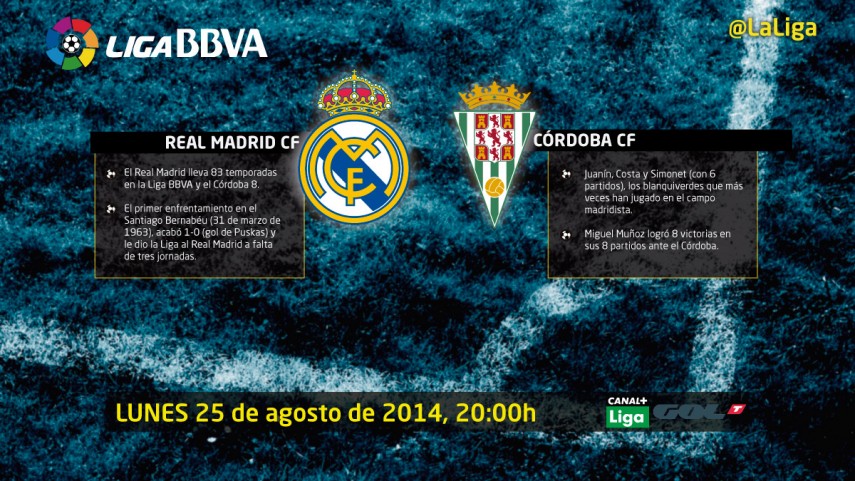 After losing the Supercopa de Espana to Atlético, Real Madrid CF have the chance to start Liga BBVA in the best possible way in front of their home fans. They face newly promoted Córdoba CF, who won promotion with a goal in the last minute of their game against UD Las Palmas, who are looking for their first ever win at the Bernabéu.

Thoughts from the dugout
In his pre-match press conference, Ancelotti spoke about what he expects from his side in 2014/14. "We will try and improve this year. It’s a difficult league, with great sides who are fighting to win it, but we want to do well too". Albert Ferrer said to the press what he feels are the keys to his side causing a surprise at the Bernabéu. "We will try to defend well and when we have the ball we’ll try and keep it as long as possible, and playing with tranquillity".