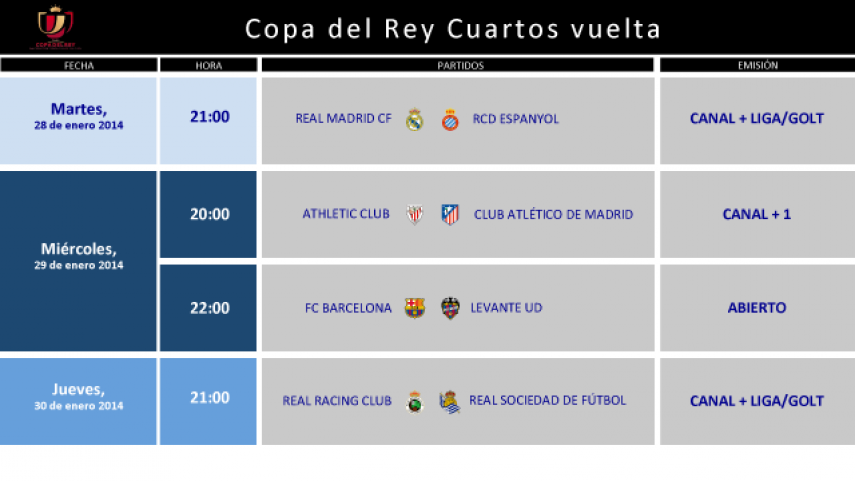 The second legs of the quarterfinals will be played between Tuesday the 28th and Thursday the 30th of January 2014.

The kick off times for the second legs of the Copa del Rey quarter finals have been announced. They will start on Tuesday the 28th of January with the clash between Real Madrid CF and RCD Espanyol.

Wednesday the 29th sees two games: Athletic Club - Club Atlético de Madrid, and the winner of Barcelona – Getafe CF versus UD Levante. They conclude with the clash between Real Racing Club and the winner of Real Sociedad de Fútbol and Villarreal CF.