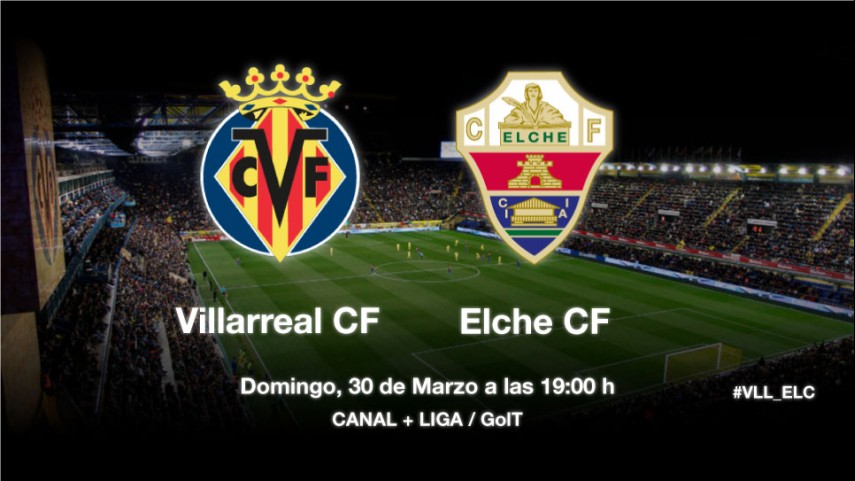 Villarreal need to win in order to keep their hopes of Europe alive, while Elche will be hoping for a positive result to avoid slipping into the relegation dogfight.

Villarreal will play host to Elche in El Madrigal for matchday 31 of the Liga BBVA.

Having spent the majority of the season in the European spots, Villarreal heads into the final stretch of the campaign out of them. Marcelino García Toral’s men will be looking to move back into the continental places this weekend with a good result against Elche. The home side will be without the suspended Bojan Jokic, as well as Edu Ramos, Mateo Musacchio, Chechu Dorado, Pablo Íñiguez and Giovani Dos Santos, who are all injured.

Elche will also be missing a long list of players for this match. With Manu del Moral and Edu Albacar out with injuries, and with doubts hanging over David Lombán and Aarón Ñíguez, the visitors will be hoping to get something out the game in the always-tough surroundings of El Madrigal. Fran Escribá spoke about the importance of this game in his pre-match press conference: "A win in El Madrigal would be a move in the right direction in terms of reaching our objectives" and added that "this team is capable of competing with anyone and has always been serious and optimistic".