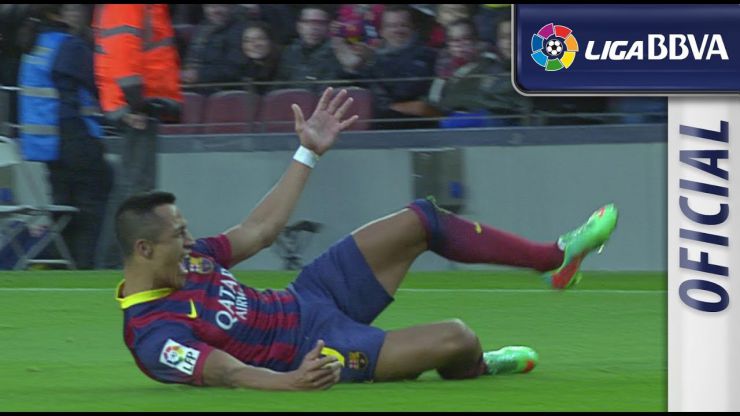 Barcelona return to the top of Liga BBVA thanks to three goals from Alexis Sánchez and one from Pedro as they brush aside Elche.

On Sunday FC Barcelona regained top spot in Liga BBVA thanks to a 4-0 over Elche CF. The Calatan side remain level on points with Club Atlético de Madrid at the summit of the league.

The home side started strongly and came out of the blocks firing. They opened the scoring after only seven minutes when Jordi Alba’s cross was put into the back of the net by Alexis Sánchez. Elche tried to fight back, and Richmond Boakye saw a shot hit the woodwork. That might have changed the game, however no sooner had Elche come close than Pedro doubled his side’s advantage after latching on to a fantastic assist from Cesc Fàbregas.

From then on it was Barcelona who dominated. Xavi Hernández missed a penalty at the start of the second half, however this didn’t overshadow the game’s star performer Alexis Sánchez. The Chilean international scored two more goals to complete his hat trick. Pedro laid on the first, and the second was a stunning free kick.