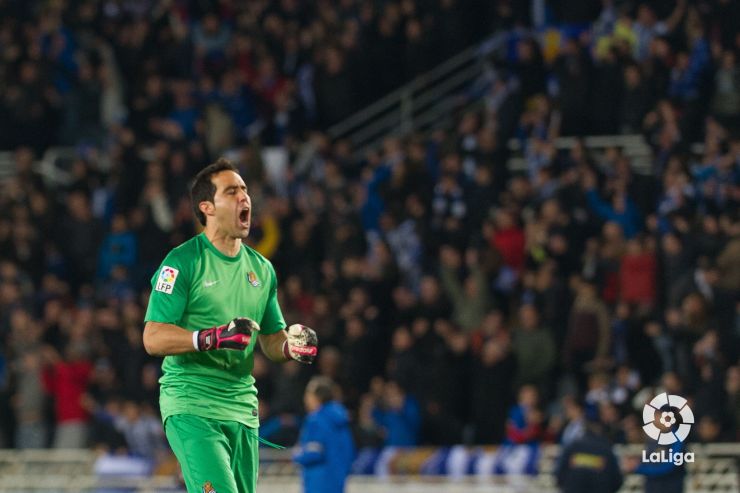 The Chilean international and ex-Real Sociedad player will play with the Blaugrana for the next four seasons.

FC Barcelona and Real Sociedad de Fútbol have reached an agreement for the transfer of Chilean goalkeeper Claudio Bravo to the Catalan club. The 31-year-old international, who is currently playing at the 2014 FIFA World Cup for Chile, will play in a Barça shirt for the next four years.

The news means that Bravo is now Barcelona’s fifth signing in preparation for the next season after the confirmation of the arrival of Marc-André Ter Stegen, Iván Rakitić, Gerard Deulofeu and Rafinha Alcántara, the latter two returning from spells on loan last year.

The new keeper in the team coached by Luis Enrique has a wealth of experience in Spanish football. He joined the Txuri-Urdin in 2006 from CD Colo Colo in his home country and has since been a regular starter for the team from Donostia. Bravo comes to Barcelona having become the second-most capped foreigner in the Estadio de Anoeta and he will be fighting for a place in the line-up with Víctor Valdés.