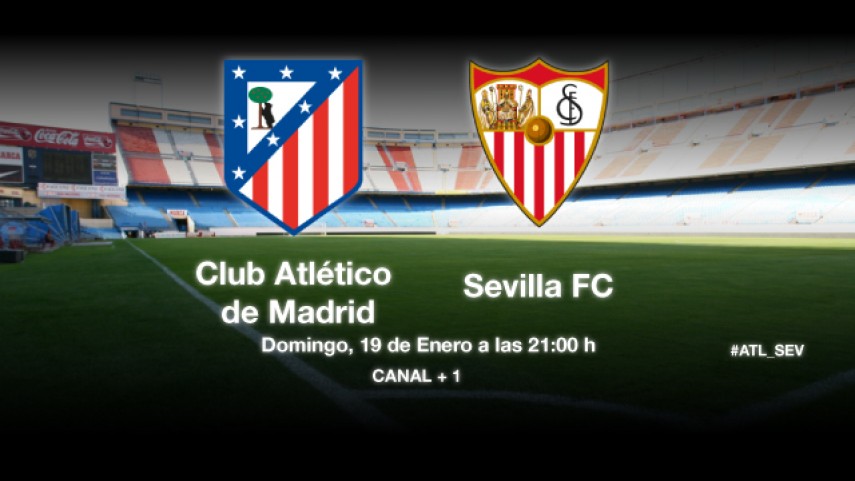 Clash of the titans in the Calderón

Atlético will be looking to stay in the fight for the top spot against a Sevilla who are after a European spot.

Club Atlético de Madrid and Sevilla FC will square off in what is sure to be one of matchday 20 of the Liga BBVA's most attractive games.

The rojiblancos will be bidding to continue their excellent form in the Liga BBVA and to stay in the fight for the leadership with FC Barcelona. In addition, Real Madrid CF's victory over Real Betis Balompié has given the Whites the same number of points as the team from the Manzanares, so only victory will do. Atlético's coach, Diego Simeone, who will be taking on the side he played for between 1992 and 1994, will be without Tiago Mendes and Mario Suárez. "We have had five days to recover, we hope that the team keep responding with the same drive and desire", stated the Argentinian manager.

He will be facing a Sevilla who have quickly climbed the table after seven matches on the trot without a loss. The Andalusians will visit the Vicente Calderón with the hope of recording an important win that will allow them to stay in the wake of the teams in the European spots. The side's coach, Unai Emery, spoke of the difficulty of the game: "They are the favourites, you cannot argue with that. It will be demanding, be we've been preparing for that. We have the confidence to play a perfect game and we'll have to be highly focused to do so".