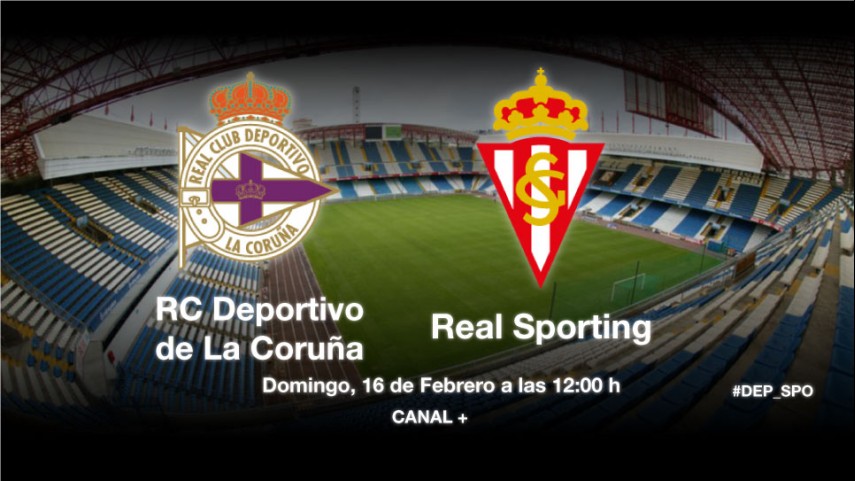 Clash of the titans at the Riazor

Deportivo and Sporting, direct rivals for promotion, go face-to-face in their attempt stamp their authority and keep alive their bids to lead the Liga Adelante.

RC Deportivo de La Coruña and Real Sporting de Gijón will provide one of the most attractive and exciting clashes of matchday 26 of the Liga Adelante.

The Galician side, in second place with 42 points, will look to dig in at the Riazor Stadium to widen the gap with the Asturian team and fight to regain the top spot in the league. Fernando Vázquez’s side conceded first place to SD Eibar when they fell to Real Murcia CF last weekend, so victory against the rojiblancos, one of their direct rivals, would be the best way to restore confidence. Manuel Pablo and Luis Fernández return to the Coruña team’s line-up after recovering from injury, so goalkeeper Germán Lux will be the only absence.

They will face a Sporting that, though drawing to SD Ponferradina in their last outing, are on a run of five matches unbeaten. Just one point behind Deportivo, José Ramón Sandoval’s side will be confident they can overcome the Galician team at their home ground to move ahead of them in the fight for promotion. On this quest, however, the Asturian side will be without the injured Aritz López Garai and Cristian Bustos.