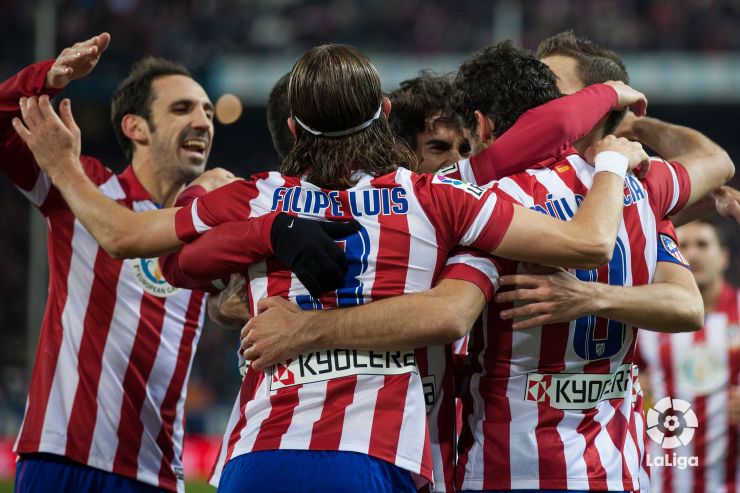 City, AC Milan and Schalke draw the Spanish teams in the Champions League

Barcelona, Atlético and Real Madrid are to meet these three teams, respectively, in the last sixteen of the continent's most prestigious competition.

FC Barcelona, Club Atlético de Madrid and Real Madrid CF now know who their opponents will be in the last sixteen of the UEFA Champions League, after the draw made at UEFA's headquarters in Nyon (Switzerland). Manchester City FC, AC Milan and FC Schalke 04, respectively, will be the first three teams to stand in the way of the Spanish clubs' route to the Estádio do Sport Lisboa e Benfica on the 24th of May 2014.

The blaugrana drew Manchester City, who are managed by ex-Villarreal CF, Real Madrid and Málaga CF coach Manuel Pellegrini, in what promises to be a passionate tie between two of Europe's most powerful clubs and the hot favourites to lift the trophy. Against a City whose line-up includes many familiar faces from the Liga BBVA, such as Álvaro Negredo, Jesús Navas, Javi García and David Silva, Gerardo Martino's team will be hoping to maintain its stunning record in the UEFA Champions League, where it has reached the last six semi-finals and won the trophy three times this century (2005/06, 08/09 and 10/11). Barcelona will travel to Manchester on the 18th of February and the return leg will be played in the Camp Nou on the 12th of March.

For their part, Atlético de Madrid are to meet Italy's AC Milan. Diego Simeone's men are not only playing outstanding football in the Liga BBVA this season, where they currently occupy second position, they have also been highly impressive in Europe. The rojiblancos have recorded five victories and a draw in Group G, defeating opponents of the calibre of FC Porto and FC Zenit. They were also the only club to secure the top spot in their group with two matches to spare. Diego Simeone's team will have their opportunity to clinch yet another victory on the 19th of February. On the 11th of March the teams will square off again in the Estadio Vicente Calderón for the second-leg game.

Finally, Germany's Schalke 04 will be Real Madrid's first obstacle en route to their coveted tenth trophy. The Whites topped a passionate Group B in which Galatasaray AŞ upset Juventus with a 1-0 victory in the final match to steal second position. Elsewhere, the team from Gelsenkirchen were second in Group E, where Chelsea FC finished top. With Cristiano Ronaldo spearheading the team (the Portuguese scored nine goals in the group stage, a new record in the competition), Carlo Ancelotti's men will be bidding to outplay a team who count the likes ofJulian Draxler and Kevin-Prince Boateng in their ranks. The Madrid side will play its first match in the round of 16 on the 26th of February in Gelsenkirchen while the German outfit will travel to Spain's capital on the 18th of March for the return match.