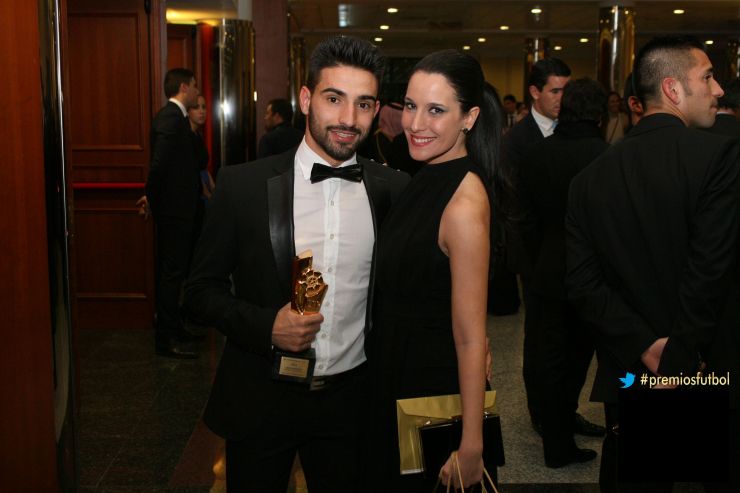 The forward received the LFP Award following his terrific 2012/13 season with Recreativo.

"I did not think I was going to win given the great players I was up against. It was a pleasant surprise. I always dreamt of this as a kid. This award could be a turning point in order to keep growing", explained the striker after collecting his award.

In the 38 games he played for Recreativo, Chuli scored 15 times. Goals, all of them, were indispensible for the Andalusian side who finished a comfortable 12th in the table, a position that was in no small part down to their forward.

His goal scoring exploits made the 22 year-old one of Liga Adelante’s best marksmen. His performances saw him move to Liga BBVA where he leads the line for Betis, showing his talent, youthful exuberance and goal scoring ability, qualities which deservedly earned him the award for Breakthrough Player in Liga Adelante.