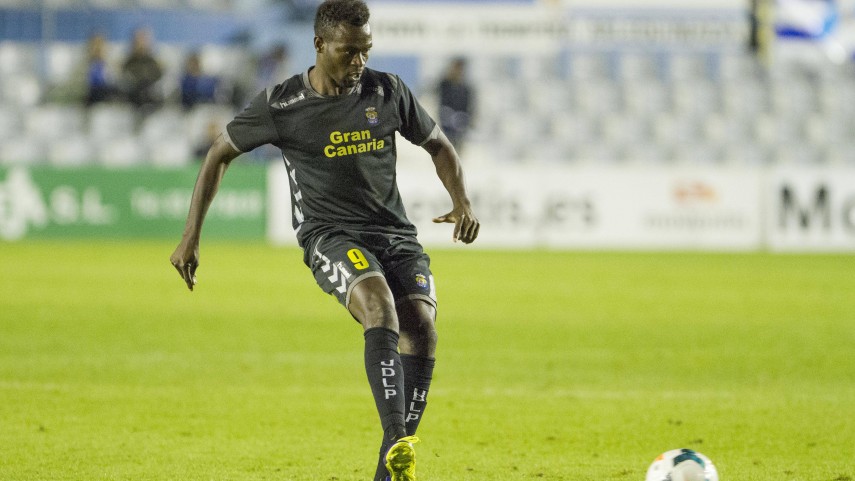 Chrisantus drums up the fans

The Nigerian goal-scorer is one of the reasons for Las Palmas' optimism this Liga Adelante season.

Winds of hope are blowing at UD Las Palmas this Liga Adelante 2013/14 season, as having built a powerful squad during the summer transfer window, the side from Gran Canaria is in the playoff positions after 11 matches.

One of the men who encapsulates the fans' optimism in the Estadio Insular is Nigerian striker Macauley Chrisantus. Last year he formed an exciting partnership with Thievy Bifouma (who was on loan from RCD Espanyol) scoring 11 goals in 41 matches, and this season the team is already looking to him to find the net, something he has done four times (three in the last match against Real Sporting de Gijón).

The 23-year-old African player (who learnt his trade in Germany with teams such as Hamburger SV, Karlsruher SC and FSV Frankfurt) is sharing his time in the strikeforce with Máyor, but it seems that Sergio Lobera will use the player increasingly to put the finishing touches on the moves created by Juan Carlos Valerón and Antonio Galdeano ‘Apoño’. He will undoubtedly be one of the strikers to follow in this passionate Liga Adelante campaign.