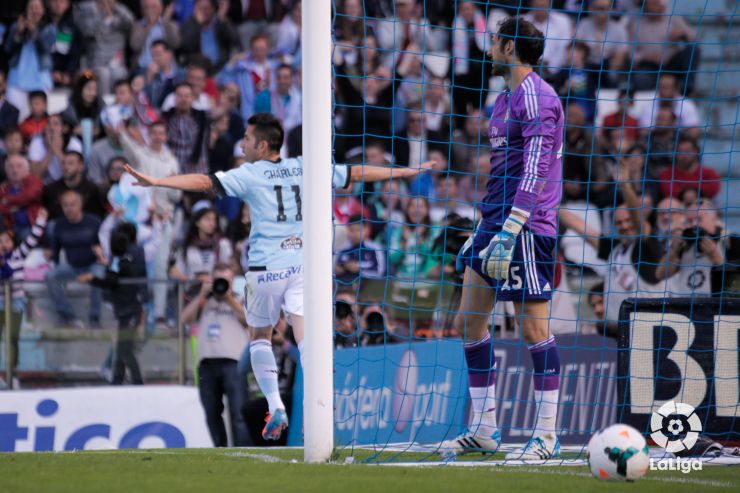 Two defensive errors by the Whites allowed the Brazilian striker to claim three points for Luis Enrique’s side at Balaídos.

RC Celta de Vigo brought more joy to their fans and overcame Real Madrid CF 2-0 through two goals from Charles following two defensive errors by the side from the Spanish capital.

In the first half the Whites offered more and had more chances on goal. With a Marcelo at his best, Isco and Álvaro Morata tested Sergio on several occasions in a match that was bogged down in the midfield, without much in the way of dynamism. However, Celta were able to take their chances and Charles made the most of some overconfidence from Sergio Ramos to steal the ball from him and beat Diego López in the 43rd minute.

After the break Carlo Ancelotti’s men took control again and Luka Modric and Isco both had great chances to level the match. But another mistake at the back from the Whites, in this case a poor delivery from Xabi Alonso, gave Charles a sitter for his second goal. In the dying minutes Madrid lacked intensity and Celta defended their lead without difficulty.