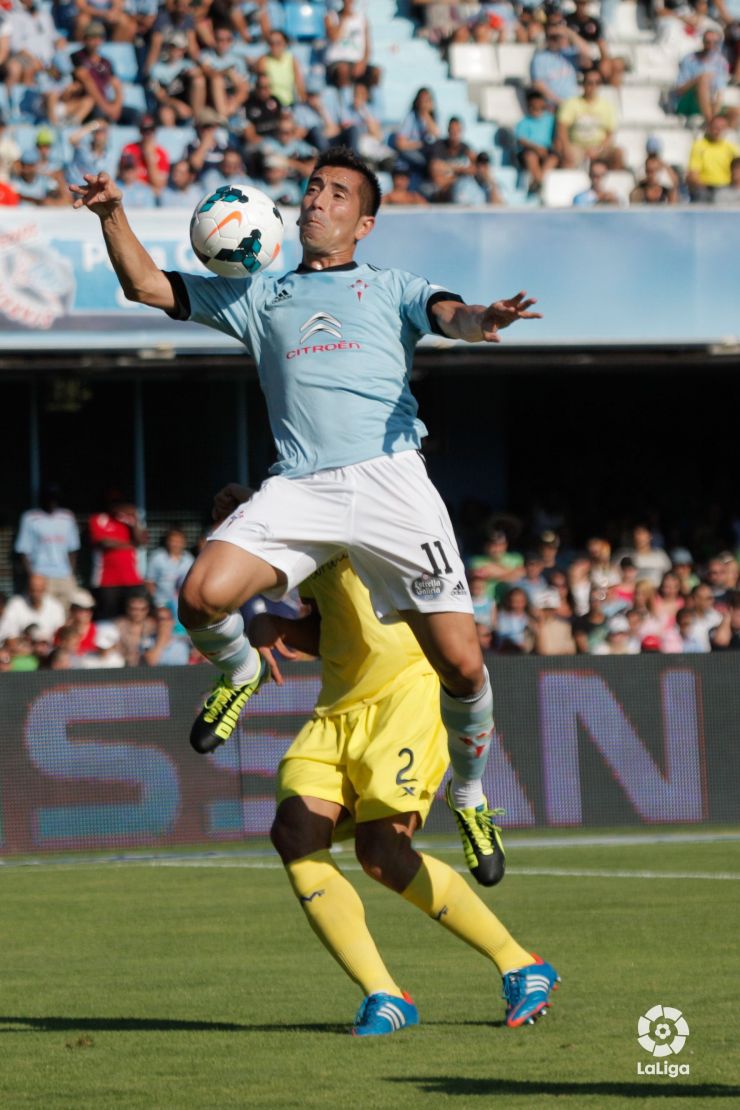 The player, who currently plies his trade for Celta in Liga BBVA, scored 23 times in 27 games to lead the charts over the calendar year.

With the ambition of earning a place in Liga BBVA, the sharp shooters in Liga Adelante know who the example to follow is; Charles Dias Barbosa. The current RC Celta de Vigo player finishes 2013 as the league’s top scorer. Thanks to his 23 goals between January and June, UD Almería earned a spot in Liga BBVA via the playoffs. This was all the more impressive as it was achieved in only 27 games, enough to earn him the award of Best Forward in Liga Adelante.

Next on the list behind Charles is Javier Portillo, a veteran of Spanish football who scored 16 goals in 38 games in 2013, seven behind the top scorer. This season’s current top scorer in Liga Adelante, Stefan Šćepović of Real Sporting de Gijón, finishes the year with 15 in 17.

With the same number of goals, having played for the whole calendar year in Liga Adelante, Yuri and Kike García of SD Ponferradina and playoff hopefuls Real Murcia CF respectively come next. Yuri scored 10 between January and June, with five in 19 this season, whilst Kike has the same statistics reversed: five last season and 10 thus far this campaign.

Another player who also broke the 10 goal barrier is Nigerian Macauley Chrisantus of UD Las Palmas, who scored 14 times following his arrival from Germany, whilst Borja Viguera is close behind having scored 12 times for Deportivo Alavés.

Jesé Rodríguez is now a regular in the first team of Real Madrid CF, but his 12 strikes in 21 games for Real Madrid Castilla in 2013 allowed him to earn a place in Carlo Ancelotti’s plans, and he has repaid that faith, scoring the winner in the Whites last game against Valencia.

With 10, Miguel Linares (RC Recreativo de Huelva), Natalio (CD Numancia) and Felipe Sanchón (Girona FC) completed their good 2013 with double figures. Linares scored once to help Elche CF achieve promotion and now has nine for Sergi Barjuan’s side, propelling them to the top of Liga Adelante.