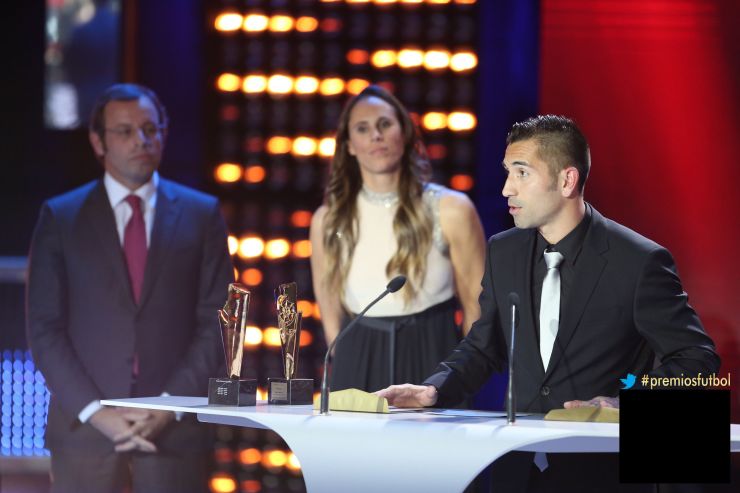 His decisive actions with Almería, including more than 30 goals last season, saw him awarded the gong.

Charles was one of the main reasons behind UD Almería’s promotion to Liga BBVA. His goals last season were decisive in helping the Andalusian side achieve their objective, and as such he has been named the Best Forward in Liga Adelante ahead of Ferrán Corominas (Elche CF) and Jesé Rodríguez (Real Madrid Castilla).

"I have great memories of last year. It was a very intense year and I really am very pleased. I have to thank my teammates at Almería and the club too. Last weekend I scored for Celta against my ex-team, Almería. It had been a while since I had scored, but that is football, you have to be professional", explained the player.

The Brazilian was the top scorer in Liga Adelante with 27 goals, with five more coming in the play-offs. One of his greatest actions was in the final part of the season, when he scored five goals in the play-off games against UD Las Palmas and Girona CF. These performances saw him earn a move to RC Celta de Vigo, where he currently plies his trade.

His first side in Spain was Pontevedra CF, with whom he played one season in Liga Adelante and five in Segunda División B. Córdoba CF then came calling in 2010, and after two years there he arrived at Almería last season, where everyone was witness to his goal scoring exploits.