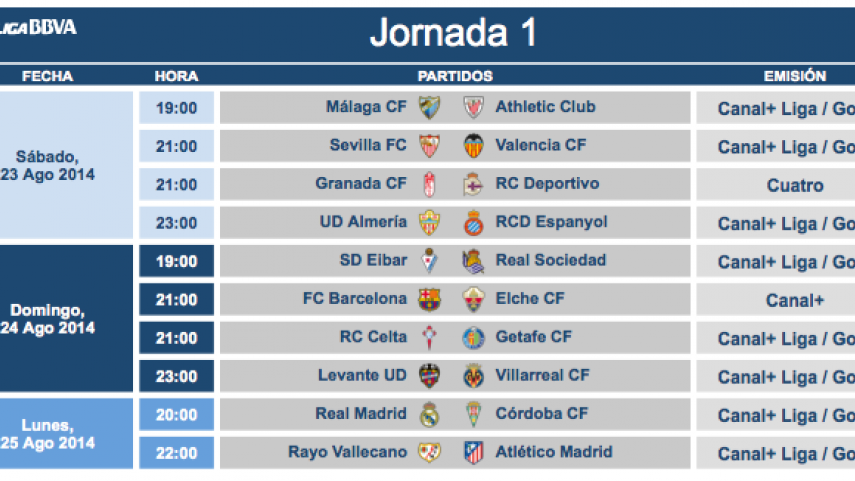 The Liga de Fútbol Profesional communicates two modifications to the kick off times of the first round of Liga BBVA matches. The first of wich affects the game between Sevilla FC and Valencia CF, wich will be now played at 21h on the Saturday. The second is regarding the match between RC Celta de Vigo and Getafe CF, wich moves to the Sunday at 21h.