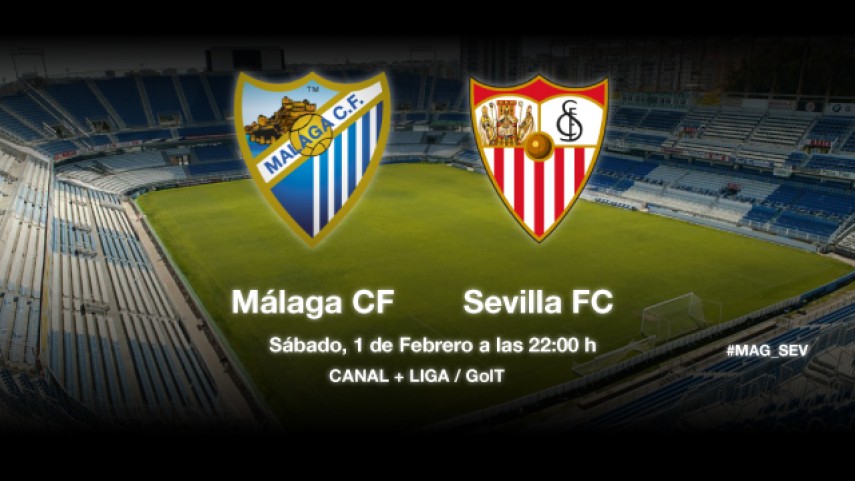 Chance to get back on track in the derby

Málaga and Sevilla are both looking to pick up three points after defeats in their last matches.

The Rosaleda will witness a derby on Saturday at 22:00 between Málaga CF and Sevilla FC on matchday 22 of the Liga BBVA.

The blanquiazules have not tasted victory in four matches and will be looking to turn things around against a local rival. Their coach, Bernd Schuster, will be without defender Weligton, but is confident that the players he has brought in in the winter transfer window will make the team more competitive: "With the latest three signings we have gained quality in the final few yards".

The side from Seville are also looking to return to winning ways after their 2-3 defeat at the hands of Levante UD and to move towards the European spots. Defender Cicinho and midfielder M'Bia, who are injured, and the suspended Carriço and Jairo will not be on Unai Emery's team-sheet. There is good news for Denis Cheryshev who is back in the squad after several months out. Of the clash against Málaga, Emery stated: "They are three very important points for our season in the league and they could put us in a more comfortable position. We are close, but we are still lacking something".