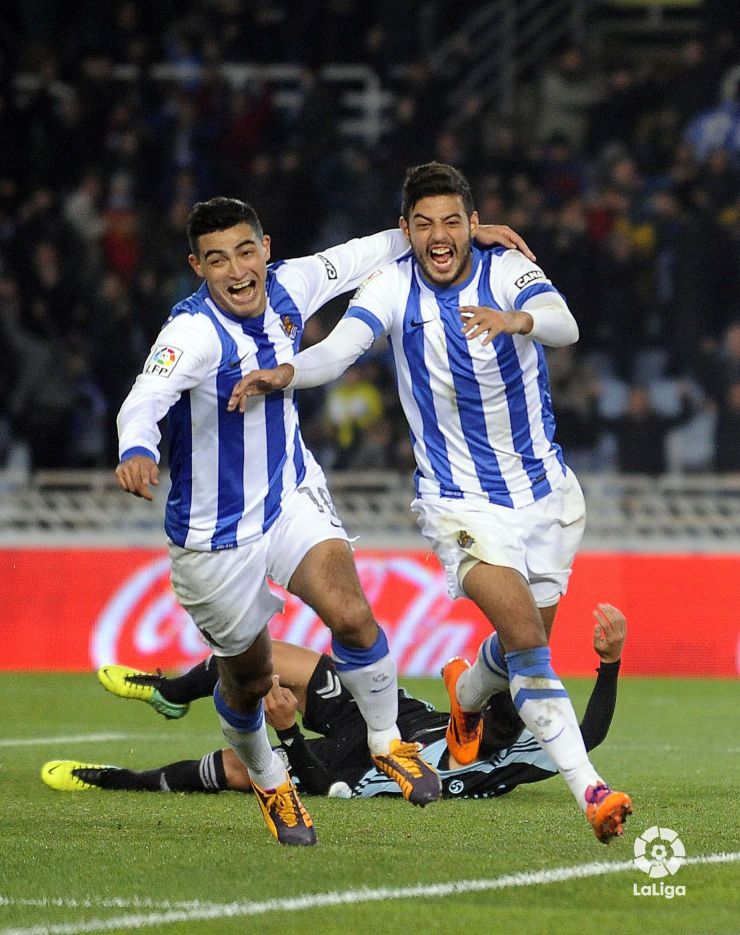 Almería players Suso and Rodri will form part of the East side, while Iñigo Martínez and Vela will wear the colours of the West team.

Four great Liga BBVA players and two teams. The players who are to take part in the long-awaited 'Champions for Life' match, which is being organised by the LFP and UNICEF and will take place on the 30th of December at 19:00 in the Estadio Santiago Bernabéu, are gradually being revealed.

The East team will include two UD Almería players, Suso and Rodri, while the West side will have a Real Sociedad de Fútbol defender and midfielder in their ranks, Iñigo Martínez and Carlos Vela respectively. It is set to be an intriguing clash between rojiblancos and blanquiazules, albeit in different shirts, but this time with a common goal: charity.

Spanish Under-21 international, Suso, is a key member of this season's Almería, who have demonstrated their strength going forward. His teammate Rodri is the top goal-scorer for the rojiblancos and his seven goals have helped the Andalusian side bag seven of their twelve points in the Liga BBVA.

Real Sociedad will be represented by an Iñigo Martínez who has shown impressive consistency in the txuri-urdin rear-guard, where he has played in 14 matches, starting in each of them. Carlos Vela, like his team, has made great progress and his six goals make him the second hottest striker among Jagoba Arrasate's men.