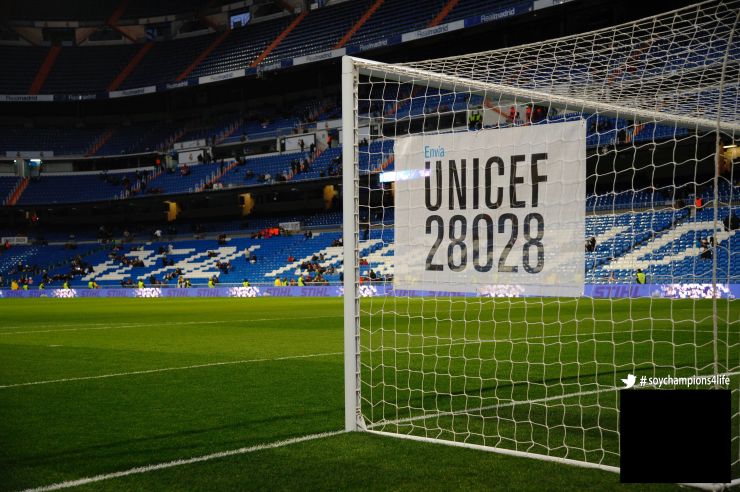 'Champions for Life', a social-networking success

'Envía SMS Unicef' was trending on social networks in Spain on Monday, throughout the afternoon and evening when the charity match was held.

The 'Champions for Life' charity match was a resounding success both on and off the pitch, bringing together the stars of the Liga BBVA and the Liga Adelante to raise money for those affected by the natural disaster in the Philippines.

Attendance was high at the Estadio Santiago Bernabéu and 550,000 euros were raised for various humanitarian projects, while social networks were brimming with messages about the charity event. So much so that UNICEF's message to encourage collaboration from fans was trending on Twitter in Spain.

The topic was trending throughout the entire afternoon, from the start of the match, and lasted until midnight, when the players continued to encourage the public to participate in the charity event and help out with a small donation. Fans and those who took part in the event ended their comments and messages with the hashtag #soychampion4life.