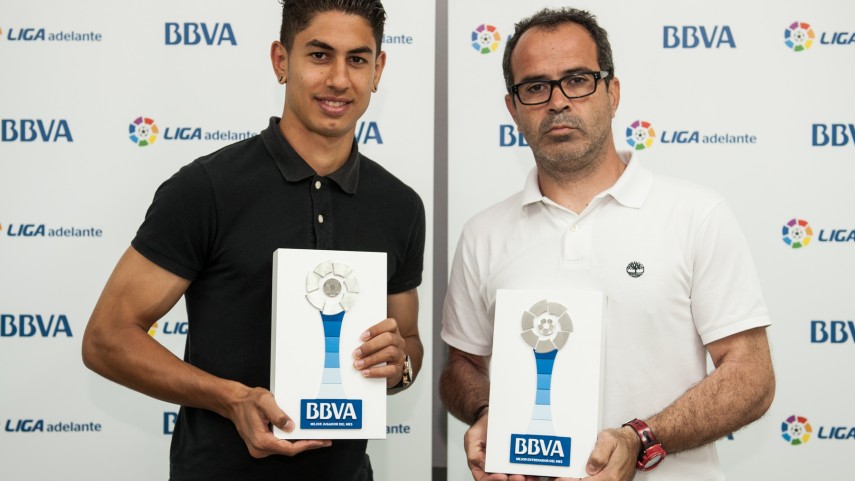 Cervera, Liga Adelante manager of the month for April

The Tenerife boss has been awarded the prize following three wins from four games.

Álvaro Cervera, manager of CD Tenerife, has been given the BBVA manager of the month award for April in Liga Adelante by the Liga de Fútbol Profesional's principle sponsor.

In a month that was close to perfection both in terms of play and results, the Tenerife boss recorded three wins from four games to continue the club's fantastic season.

30 days of competition that started with a solid 2-0 win against Deportivo Alavés, sealed inside 29 minutes with goals from Juanjo Expósito and Ricardo León. A week later the Canary Island outfit recorded one of their most important wins of the season, 1-2 away to SD Eibar, who sit second in the league.

The third week of the month was a spectacle of both football and goals between Tenerife and CD Numancia, with the home side winning their third game in the month of April. A 3-2 triumph meant the islanders had won three from three. The only 'but' in their month was the loss to Real Jaén CF, preventing Álvaro Cervera's side from completing a clean sweep in the month which they started seventh, and finished fourth.