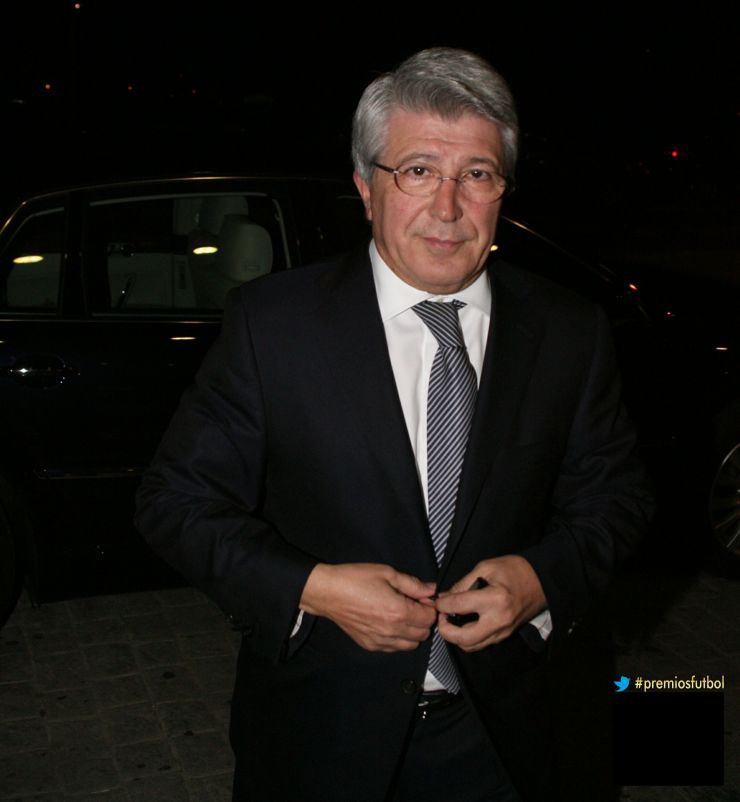 Cerezo asks for goals for charity

The Atlético Madrid president calls on the fans: "I hope the public helps us achieve our goals by filling the stadium".

Enrique Cerezo will also be in attendance and lending his support to the 'Champions for Life' match. The Atlético Madrid president is very proud to be able to contribute to the organisation of this charity match. "We have always collaborated with these kinds of initiatives and are delighted to do so again". Cerezo also seemed convinced that "Monday will be a footballing feast and I hope the public gets involved by going to the stadium".

This Christmas’ charity match will take place in the Santiago Bernabéu, a place that usually acts as enemy territory on a sporting landscape, but come Monday will be a meeting point for all fans of the Liga BBVA and the Liga Adelante. "It is a charity match and where it takes place is not important". Cerezo also explained that "football is a tool to help diffuse the tension around these kinds of events" and called for goals on Monday: "I hope the public helps us achieve our goals by filling the stadium".

Atlético Madrid will be represented by Raúl García and Gabi Fernandez in the match, who will tog out for the West team alongside players from other Liga BBVA outfits like Athletic, Betis, Celta, Getafe, Rayo Vallecano, Real Madrid, Real Sociedad, Sevilla and Valladolid, as well as Liga Adelante sides like Alavés, Alcorcón, Éibar, Recreativo, Deportivo, Lugo, Real Madrid-Castilla, Mirandés, Numancia, Ponferradina and Sporting Gijón.