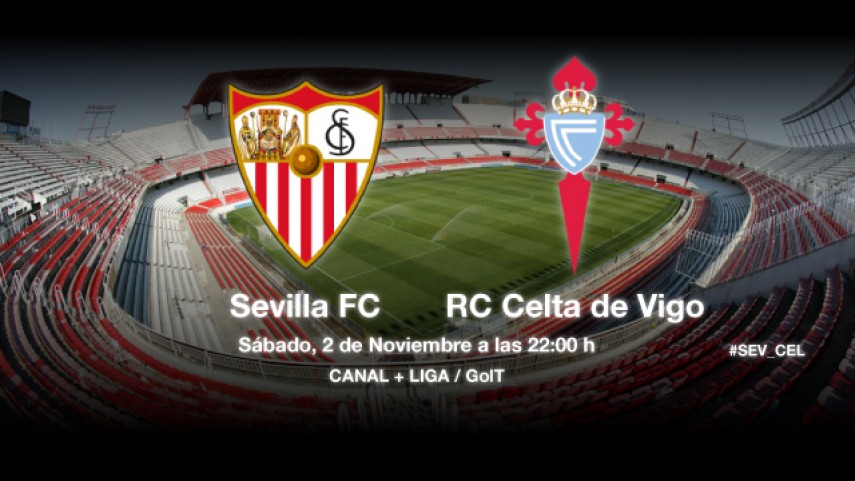 Celta to test an injury-hit Sevilla

The Galician team visits the Sánchez Pizjuán with its mind set on a second consecutive victory away from home at the expense of a Sevilla that is still licking its wounds from the defeat in the Bernabéu.

RC Celta de Vigo will visit Andalusia to take on Sevilla FC on the twelfth matchday of the Liga BBVA.

The Galician side is after its second consecutive victory away from home against the team that was on the receiving end of a 7-3 battering in the Santiago Bernabéu.

The side from Seville, trained by Unai Emery, will be hoping to get back on track in front of its home fans in a match for which Piotr Trochowski and Federico Fazio are doubtful. "In the Pizjuán we are very capable of achieving our goals. The match against Celta has far-reaching implications, although there is still a long way to go. These points are the ones that help you along the way", said Sevilla's coach.

None of Samuel, Mario Bermejo, Jon Aurtenetxe, David Costas, Bellvís and Levy Mandida will be available to Luis Enrique, Celta's manager, for the clash. "We have had a good look at Sevilla. It is a tricky team, they apply pressure up front and they know how to play. They dominate in various aspects of the game, so they will be a complicated opponent", stated the away team's coach.