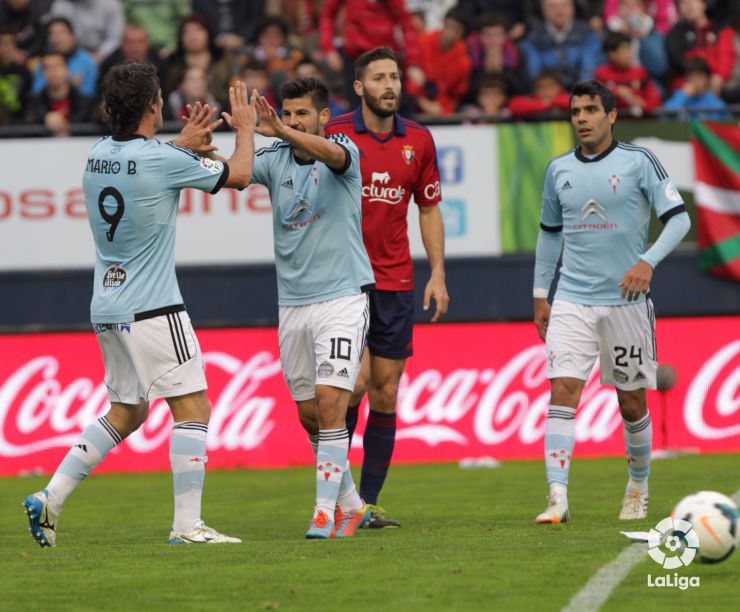 Vigo won 0-2 at El Sadar with two goals from Nolito, making life difficult for a Navarrese team who are 17th pending other results.

RC Celta de Vigo won 0-2 at CA Osasuna in one of the games of matchday 36 of the Liga BBVA. With this result the Galicians could end the week in eighth place, while the rojillos are seventeenth pending other results and will have to keep fighting to stay up.

The first half was all sky blue and Nolito stood out above everyone. Celta's striker from Cadiz had an outstanding first half in which he added two goals to his tally. The first was on 20 minutes, with a beautiful chip over goalkeeper Andrés Fernández. Then, in the 34th minute, the forward made it 0-2 with a great strike inside the box.

In the second half, Osasuna picked up their intensity aiming to fight back. Striker Oriol Riera was the most active player for the Navarrese side, but he was unable to beat a Sergio Álvarez who, with two excellent saves, kept the score on 0-2 until the final whistle.