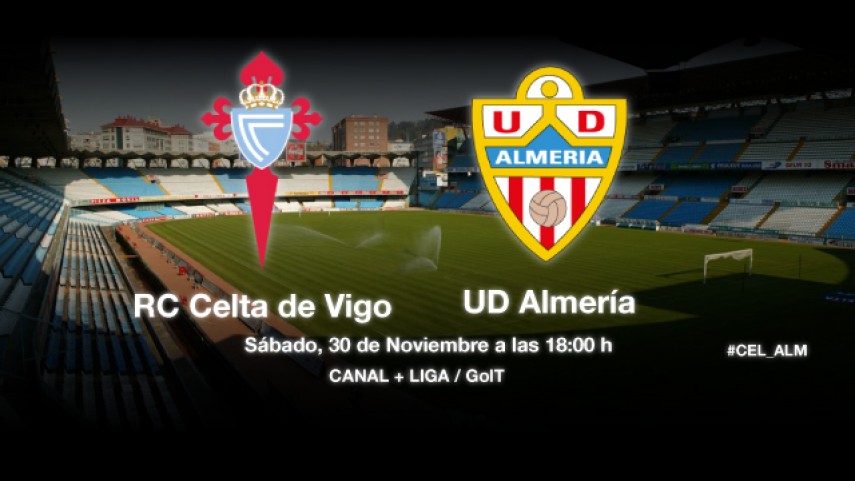 Celta and Almería in the hunt for victory

The Galician and Andalusian sides who are to meet on the fifteenth matchday of the Liga BBVA will be after the same prize: three points.

RC Celta de Vigo and UD Almería will square off on matchday fifteen of the Liga BBVA and both sides will be looking to get back on track by pocketing all three points.

Luis Enrique, the team from Vigo's coach, stated that his side arrives "ready to compete" in the match against Almería, and made it clear that he is after points. The manager from Asturias also confirmed the return of the team captain, Borja Oubiña, to the fold, something that he considers positive for his understudies.

For their part, striker Rodrigo Ríos 'Rodri', midfielder Miguel Ángel García 'Corona' and defender Hernán Pellerano will not take part in the game because of their respective injuries. On the other hand, Dani Romera is in the squad and could make his debut for the team at 18 years of age. Of the young player, Almería's coach, Francisco Rodríguez, said that he is "learning very quickly".

Both teams have twelve points after the first 14 matches played, therefore a victory would help them move away from the relegation zone.